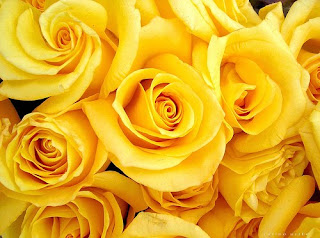 "The reasons women give for having an abortion underscore their understanding of the responsibilities of parenthood and family life. Three-fourths of women cite concern for or resposibility for other individuals; three-fourths say they can not afford a child; three-fourths say that having a baby would interfere with work, school, or the ability to care for dependents; and half say they do not want to be a single parent or are having problems with their current husband or partner."
Some may think this is an odd forum for mothers' day wishes. However, I feel strongly that appreciating mother's is a major part of being an abortioneer.


About sixty-one percent of women who get abortions in the U.S. have one or more children. This means that more than half of the women in this country who have abortions are mothers or have at least given birth. When I talk to women in the process of obtaining an abortion I speak to mothers, and lots of them. I also speak to women who would like to be mothers eventually or under different circumstances. So often I hear the question, "Will I still be able to have healthy children in the future?" or, "What are the chances I will be sterilized?" The answer is that women who have safe abortions ARE able to carry healthy pregnancies to term in the future.
In the last week alone I have spoken to multiple patients who were mothers and made a decision to terminate an unintended pregnancy because of their desire to care for their children. One woman came in for a free pregnancy test and, upon hearing she did have a faint positive, broke down crying and exclaimed, "I already have babies, I do not want any more babies right now." Another scheduled her appoinment and as I routinely said, "Please don't bring any children to the clinic," she went into crisis mode because she doesn't have anyone to watch her child. Each day abortioneers everywhere serve mothers.
The very first blog post I ever wrote was titled "A Pro-Family Choice". I said it then and I will say it again, women often choose to have abortion because they want to care for the children they already have. So, as an abortioneer part of what I do every day is celebrate mothers. I remind women that they have the power to make personal decisions about how to care for their bodies, lives, and families. To all of the womyn who identify as mothers or who help care for children, Happy Mother's Day!
Posted by sparky at 11:26 AM