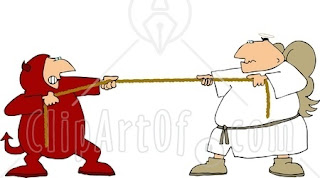 Why is there virtually NO cross-learning or collaboration among various anti groups?

I've discussed this before in a previous post, but I can't really let it go. Why can't the antis of every color and creed hold hands in a big circle and sing, sing for our salvation and pray to God to end abortion? Why do anti groups dislike each other as much as they dislike abortion?

Maybe spend some time together feeding the hungry and talking about how pleased God would be that you've reached out to your fellow man. Why do you have to diverge on this issue? I've often thought about how effective the anti movement would be with just a little mutual respect and elbow grease, plus at least one well-educated person in the bunch (perhaps someone who knows marketing?). Then I remember: antis are nuts. They are unable to form healthy and meaningful relationships. They just don't know how! They think that the louder they yell, the more loved women feel. Even within religions, they just can't stand one another. Take this example:

A grumpy anti and a soft-spoken priest are protesting at the same clinic. Priest was youngish, bright-eyed and eager to start doing God's work. Grumpy was a veteran with a gruff voice and quivering jowls. Priest was not amused by his hollering; he only wanted to pray for the women and their dying babies. He inched away slowly at first, then took giant steps towards the other end of the sidewalk, leering at Grumpy all the time. By noon, as Priest prepared to depart, he put his hand on Grumpy's shoulder, made sure he looked him in the eye, and asked, "Do you really think you can help these women by screaming at them?" It was a genuine, reasonable question.