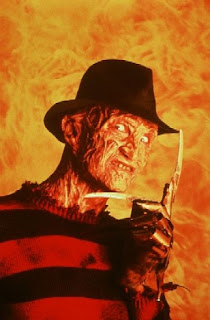 I was pregnant. Really pregnant.

I had found out early in my second trimester. I was 14, perhaps 15 weeks along. I didn't get an abortion. I had to think about it first. It wasn't an issue of money; that I had. I was confused. Was it a good idea or a bad idea to carry an unwanted pregnancy? Were the antis right? Would all my fears and insecurities melt away the instant that that tiny fist clenched my pinky finger? Would my petty needs be trumped, no questions asked, by those of my unborn child? Lord knows I want children; was this a sign from above that now is the time?

All that pondering made my head spin, my heart ache, and my uterus fuller by the day. All of a sudden I was 35 weeks.

Or so I approximated. I hadn't actually seen an OB-GYN, had a sono. I had been far too busy wracking my brain to the point of exhaustion that I eventually put the whole situation out of my head. I just thought, "Gee, I sure haven't put on very much weight for being so close to term." I was pretty excited about that. Small victories in a losing battle.

So I took a camping trip. I was one with nature and distinct from my body, just the way I wanted it. I was so in tune with nature even that I attributed the water puddling between my legs to a happy, bubbling spring. Soon enough, though, the contractions kicked in and I was drop-kicked back to reality, in which I was having a baby all by myself in the woods and there was nothing I could do about it. I ran to find some other folks in the camp who had a car. I needed a lift to the hospital, but the bearded man's yellow jalopy needed a jump. After a while he got it running, barely, and we sallied forth, his cronies in tow.

Then they got hungry. They wanted to stop for drinks and a bite to eat. "You've got some time left, right?" I started to freak out. There was only one person who could really help me now. I found a cab and made the hours-long trip back home to find my mommy. I manage to make it up the stairs to her room, where she was sitting in bed with book in hand. Out of breath, but relieved to see her, I told her to get up and take me to the hospital. I was about to have a baby! She barely looked up at me.

"Sweetie, you know I didn't support your having a baby to begin with. You should have had the abortion when you had the chance." Dumbfounded! Was this my mother?! "Mom", I shouted, "it's too late for that now! The baby is coming!" Without batting an eyelash, she instructed me to go to the hospital, have the baby, and we would discuss it later. She would not take me, she would not be there. I burst into tears, shouted some more things. What was I supposed to do? I had nobody. I didn't even have $10 for a cab. I walked to the hospital, crying all the way, where I delivered a perfect little baby. I held her, and she grabbed my little finger with her whole hand. But my heart did not feel warm, my insides fuzzy. I did not smile. I could only cry.

I sat straight up in bed, felt my belly to make sure it was still flat (relatively speaking!). Not trusting my sense of touch I proceeded to the mirror, stood sideways to make sure I had no unusual uterine bulge. It took me a good 60 seconds to be satisfied that what had just happened was a sad, horrible, frightening dream. I got back in bed for a few more minutes trying to figure out how I had managed to dream up something like that, especially since I haven't talked to a pregnant woman in quite some time.

Subliminally, though, I had managed to stash all the horror stories I heard from women about their problem pregnancies and smush them all together into one huge clusterfuck. I had been:

-The dawdler who just can't decide what to do about her unplanned pregnancy
-The young girl who still believes, if only on the surface, that if you close your eyes all your problems will fade
-The lost woman who instinctively turns to her mother for guidance, but is knocked back by her indifference
-The wanderer who has only strangers to confide in, at best
-The Everywoman who inevitably feels, at some point, completely alone.

I don't think I have ever felt so depressed upon waking up. I have never actually dealt with a problem pregnancy, but after having walked in another woman's moccasins I am assured that a) I never want to go there, and b) I will never force a human being to endure it.