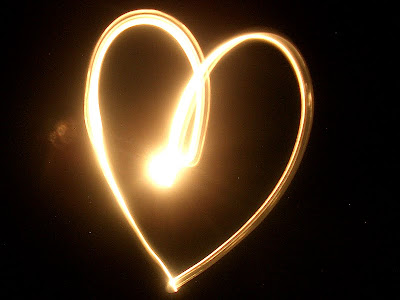 The one year anniversary of your murder is coming up in about two weeks. May 31, 2009. I can't believe it has already been one year. It's weird that so much time has gone by. It seems like not that long ago I was crying at your vigil. At the same time, it seems like four lifetimes ago. I don't tell people anymore, "Oh, just get to Wichita. Just get to Wichita. Don't worry about anything else." I can't tell anyone that and women have babies now. Dead babies. Severely deformed babies. Moms have died. I have gotten used to that fact. Depressing, right?

I still think about you, almost everyday. It's not the deep, stabbing pain that it once was, but I still cry about you being gone, sometimes. Probably too often. I don't know.

I have a picture of you hanging in my apartment. One of my friends asked me if you were my grandpa, and I smiled and explained who you are. She felt bad for asking but I told her that's why I have it there. So I can remember to remember you. And remember how you made the world a better place and to remind me to keep fighting the good fight.

Speaking of, it's definitely been a tough fight, lately. Lots of people trying to pass laws to take away a woman's right to control her body. Lots of extreme right people disseminating misinformation and generally fucking stuff up for everyone. Dr. Carhart is still kicking ass and taking names (obvi). Other doctors have also stepped up to the plate to help pick up the pieces. I just don't understand why it still feels like there are still a million tiny little pieces, all over the floor. Like when you drop a vase on the floor and no matter how many times you sweep and vacuum, you're still stepping on the glass five years later.

Anyway, the main point of this is that I miss you. You are not forgotten and your legacy continues to live on.