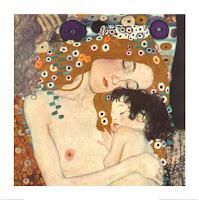 A Golden Age of Abortion

(written for support of my Abortioneers*)

Sweet youth, the way things used to be;

I tell my daughter now, because comparatively

She is sliding back into the dark ages.

Threatening the lives of women,

And therefore the lives of mankind,

The voices of lawyers and politicians

Think they are listening,

But they are only listening to the Right.

The repercussions are masked.

They say they are saving the unborn

And what is really happening is

Endangering the lives of the born.

We mothers who have entered the barren bliss

the girlfriend you knew in college.

The one who mentioned the name of Planned Parenthood ~

A young woman’s haven of solace.

“I just called them and made an appointment.”**

You recall the statement when it’s your turn.

Thirty-eight years later erases the shock and the fears

Which probably overwhelmed your ‘choices’.

It was an easy (I hesitate to add simple) decision to make.

In 1972 there aren’t many choices in your life anyway.

They all sympathize appropriately ~

within the realm of the collective

And sometimes I wonder at

The twist of fate that led me to

Abort when I lacked maturity and resources.

How much drastically different my life would be

And not the ones who were conceived

And carried to term instead.

I know that if I had had that one,

My choices would have never brought me to

This space and time.

Now I am the mother of a daughter

Whose passion has grown around the

These are not the middle-class girls with boyfriends,

The young women who have ultimate resources

Of money and family who will,

The victims of conception are …

Well, listen to the stories of the abortion providers.

Listen to what is RIGHT.

*This is not a story that I needed to tell. I tried my best to convey it for my dearest daughter and her colleagues as a way of communicating this part of history. I am so proud and in awe of all of you.

**I took the historic events blissfully for granted, but the Planned Parenthood that my friend contacted was in Washington, D.C., and she was able to arrange her abortion at a nearby facility. I went to a Planned Parenthood located in New Jersey and was referred to a clinic in NYC. Apparently, in 1972 the states legally performing abortions were evolving. A few years later New Jersey was performing them, too. Both of us were fortunate not to have had to travel far. Regarding the cost … it’s also fuzzy, but it was probably around $250. - $300. A lot for those days, but easily obtained.

Everyone has their versions of their own stories.

I am left in awe of wondering

How my life as I know it

Wouldn’t exist if the choice had been made

I wonder at the winds of fate.

What are the statistics of abortions procedures since the legalization of Roe vs. Wade?

Of those tens of thousands (how many more?), I cannot comprehend that any one of those individuals, OR their partners, could consciously be against it now. How many mothers, fathers, grandmothers and grandfathers are among us who now claim to be anti?

They took advantage of the privilege of choice. That choice monumentally changed the course of their lives --- for the better? Because it did not unnecessarily burden them with a responsibility they felt unable to accept at that point in their lives.

How can they take a position against choice now that their life’s journey has led them to a comfortable position because of the choice they once had the privilege to make?
Posted by Desembarazarme at 5:55 AM