Nice to MEAT you 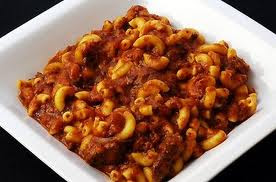 Today’s Abortioneers post is brought to you by the letters V.E.G.A.N. That’s right, as mentioned briefly in my first post (and by my handle), this Abortioneer is powered by a plant-based diet and it is high time I wrote a post about it. A quick history on my food choices: I grew up in a mainly vegetarian household and sporadically ate meat throughout my life. A few years ago I decided to go completely vegetarian and then a little over a year ago I moved to a 100% vegan diet and lifestyle (not buying leather, fur, etc). Coincidentally, I became vegan around the same time I became an abortion host.

Looking back on the past year I see how my views have already evolved around the issues of animal rights and how uncomfortable I am with meat and animal byproducts. A year ago my beliefs were still forming and I was not as educated as I am now about the issues related to animal cruelty and factory farming. That being said, when I began hosting women and their guests a year ago I had no problem with them eating meat in my home.

The normal routine is that when I pick them up from the clinic I immediately ask them if they are hungry (they always are--most of them have not eaten due to being put to sleep for laminaria insertion). Most women choose to order takeout when we get back to my apartment and a few have brought food with them. Inevitably as they are looking through the takeout menus it comes up that I am vegan. The majority of the women don’t really understand what veganism is and I try to briefly explain it. In my regular non-hosting life I often get asked about veganism and see it as a teachable moment, but not in these circumstances. If women seem hesitant to order meat or feel bad, I urge them to order absolutely whatever they want. In my mind I feel like their needs should always come first and I am here to accommodate them.

I remember fondly a couple that stayed with me from upstate New York. They actually offered to buy ME dinner. They returned from the store with three cans of Beefaroni, which I eagerly offered to heat up for them. Maybe it helped that Beefaroni in no way resembles any sort of real food, but I smiled through the preparation and assured them I didn’t mind. Parts of me were cringing on the inside as I heated up can after can and then the louder part of me was happy to provide this couple anything they needed or wanted. The couple admitted that they were very nervous about staying with a stranger but really had no other options due to the cost barrier of a hotel. We spent a great night together talking and getting to know each other and I don’t regret for a second making them the Beefaroni.

I don’t like how PETA exploits women in their ads for the sake of animals. I don’t want to have to choose abortion clients over animals. This is something I debate often in my head…I’m not sure how to reconcile it. The women who stay with me are expecting room and board and some support related to their abortion. It would feel extremely inappropriate of me to expect a woman I just met to be restricted to vegan food (especially since many have not eaten in 24 hours). While I obviously see nothing wrong with vegan food, I understand how it could come across as intimidating or negative to someone who has never been exposed to a vegan household.

I have gotten better at feeling out someone’s curiosity or intrigue with my veganism. I can tell when a woman wants to probe me about it and when she just wants to order her chicken lo mein. Or maybe my mention of it will plant a seed so that the next time they meet a vegan or hear about it in the news they will be more likely to listen. Stay tuned because this is a work in progress for me.

p.s. Happy Holidays to all of our readers out in abortioneer’land. If you are looking for a good read check out The Sexual Politics of Meat by Carol Adams. This is a great examination of the intersections between feminism and meat:

http://www.caroljadams.com/spom.html
Posted by Vegan Vagina at 6:00 AM