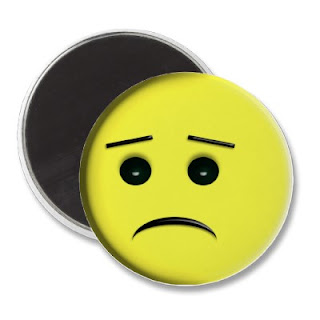 As I continue to spend more and more time in Abortionland, I get more and more pissed off at antis. I have never in my life encountered a group of people who were so closed-minded, selfish, and delusional. Normally, I do a pretty good job of avoiding anti-information,* but recently I was doing some totally work for my job, and I stumbled upon several blogs that were attacking our blog. I don't feel like naming names, thereby increasing their sites traffic, giving them some type of credence, etc... but I did find it at minimum extremely annoying. A woman responded to my post about abortion funds, stating that she simply "didn't believe" that a woman might have to pawn Christmas gifts she had purchased to pay for her abortion,** and that she couldn't believe the fathers wouldn't help out and pay for part of the abortion, or help with her prenatal care, etc. I just really have a hard time understanding how people can be so woefully misinformed. If she spent ONE DAY working on a pregnancy hotline, like NAF or ACCESS, she would find out that 1) women DO have to sell or pawn things like intended Christmas gifts to pay for their abortion, and 2) men are all too often totally absent from the equation. If I had $1 for every time I spoke with a woman seeking an abortion where the guy involved was MIA, wouldn't give her money, etc, I would have several hundred dollars, possibly over a thousand.

My point is that everyone in this debate, no matter how pro-choice or pro-life you are, could benefit a lot from finding out about what women who are choosing or not choosing to have an abortion are going through. To presume that you know what is best for a 23 year old pregnant woman living of off food stamps with 3 kids is totally fucked up. You don't know anything about her life, where she is coming from, where she is going or what she has been through. Why do you get to choose for her? Why do you get say if she can or cannot access a legal medical procedure? I have really spent a lot of time trying to understand how you can believe a woman should never be able access abortion ever because she is "murdering a person." Instead of focusing on the pregnancy or "baby" or whatever you want to call it, why can you not focus on the living, breathing woman standing before you? Do you not see the pain in her eyes? I understand having personal reservations about abortion. HOWEVER, just because I am not sure if I would choose to have an abortion if I were pregnant, does NOT mean that I get to dictate another woman's life for her!

:LKDSF:LEKTHE:ORSEILRJSKLDJBFK I just get annoyed sometimes. And this is not even taking into account the Crazies. A Crazy somehow got my email address and started sending me pro-life BS. Any social networking site I am on I have very ramped up security settings, and I don't just blab my email all around the interwebs... So.... what gives. I have plenty of co-workers, collegues, friends, etc that have:

WHAT THE HELL. WHAT GIVES. BLERG>>>

*NOTE: I am always interested to read pieces by anti-abortion folks who are reasonable, thoughtful, and don't live in a world of hatred. Unfortunately, most of the anti stuff I have read tends to be uninformed and vitriolic, but I just wanted to say that I don't just avoid allllllllll anti-abortion material and live in a bubble of WHEEABORTION. I do think it's very important to have a well-rounded view of "the issues."
**For anyone out there wondering, that is totally true!!! Things of that nature happen way more often than the average Joe would think!
Posted by Mr. Banana Grabber at 5:14 PM