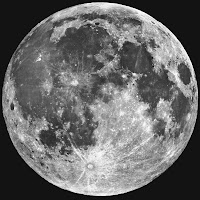 Women's bodies are dictated by the cycle of the moon. 28 days between each menstrual cycle, 28 days between each new moon. Each woman's cycle may vary slightly and can vary a lot for many different reasons. My menstrual cycle was always 26 days until I got sick. Women's bodies are lunar.
I wonder what it would be like to time my body with the moon like so many women did in the past. Now we use birth control packs, calenders, and hope to figure out when our menstrual cycles might bless us with it's presence. Each month most women of reproductive age experience a moon time. We have many negative names for it: the curse, rag, cycle, period, time of the month, visit from aunt flo/dot, and yet the moon time is sacred and a blessing especially for women who don't want to be pregnant.
Last night there was a lunar eclipse on the night of Winter Solstice. The winter solstice is the longest night of the year, the beginning of winter, the height of feminine energy. The winter solstice celebrates the return of the sun, because the days will increasingly become longer until summer. The sun is associated with the divine masculine, while the moon is representative of the divine feminine. The male divine is born out of the female divine during the winter solstice and yule time. The winter solstice is a pagan holiday that celebrates this change in seasons, the potent energy of the moon and new life of the sun.
This year's winter solstice was further intensified by a lunar eclipse. A lunar eclipse occurs during a full moon when the sun, moon, and earth are closely aligned. The earth blocks the sun's rays from hitting the moon. Both of these events are cause for celebration. They represent potent feminine divine energy.
While writing this blog I googled "winter solstice + abortion." I found mostly anti-abortion rants that linked paganism with all things "bad" like abortion. It's quite ironic, because the Christmas that so many Christians today celebrate was born out of Yule time. The birth of the sun from the moon - or the son, Jesus, from the mother, Mary.
Posted by sparky at 9:38 PM