Manipulate household finances and personal security to get the desired result from your female appliances. 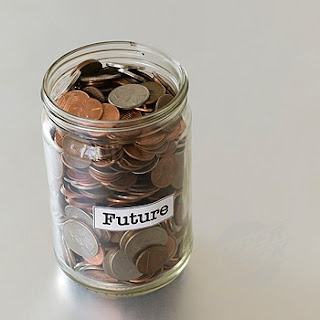 The last few weeks have brought up a lot of issues around affording one's abortion care. First Mr. Banana Grabber described some of the difficult situations we hear about at holiday times when mothers are juggling the cost of the heating bill, toys for the kids, their outgrown winter coats and, oh yeah, the abortion appointment.
A few days later, Mr. Banana Grabber is hella bummed out, because some anti-choice blogger, who's so disconnected from reality she appears to not even know any poor people, says she doesn't believe that women would return, pawn, or sell their kids' holiday gifts over a stupid little abortion (why not just wait til January?!). An anti-choicer not trusting women's knowledge of their own experiences? Shocker!
And last week Anti-Anti took up the topic again, discussing the privilege of being able to afford an abortion and the importance of recognizing that others may be in very different situations. UneFemmePlusCourageuse commented to say that even the hard work done by donation-based abortion funds doesn't nearly plug all of the cracks:

If someone is married, and their spouse makes fairly good money, but she can't tell him that she wants/needs an abortion, then many abortion funds won't help her cover the procedure... just because someone seems to be financially comfortable overall doesn't mean that paying for an abortion wouldn't be difficult for them.

As I said in reply to UneFemme's comment, I'm confused/curious about this statement. It's true way too many women are still struggling to find assistance, or enough assistance, despite fund staff's efforts. But I've worked on abortion funding, too, and haven't run into a specific requirement that a woman discuss the appointment with her partner -- in general the funding groups I worked with recognized that (a) disclosure isn't a woman's "obligation" and (b) disclosure isn't always safe.
One thing I have heard, and said myself, in the course of financial counseling is, "If you can't borrow money for an abortion, can you maybe borrow money by saying that it's for something else?" Not just for partners, but also when women [understandably] balk at discussing their situation with parents, friends or neighbors. So if a woman's finances are 'comfortable' but controlled by her spouse, a fund volunteer might ask her to try requesting money for an acceptable but non-routine purchase (for instance to replace an ostensibly worn-out pair of shoes for their child); put her utility money toward the abortion fee and then ask a neighbor for help with an unexpectedly-high gas bill; or in some other way shuffle "allowable" money around.
It sucks that women have to lie to the people around them. What sucks the worst is to see women aware, or quickly becoming aware, that they're not taken seriously as moral agents, that they have to lie to be able to do right by themselves, and that if their loved ones can use money as a tool to dictate their choices, they will. Our government certainly does.* And it's disgustingly objectifying.
I know I shouldn't say "women" as though it's a universal truth for all of us. For example, personally, I'm lucky to have at least some people in my life whose support for me is unencumbered by that kind of bullshit. But variations on this theme happen so goddamn often that it's hard, after all, not to see this as a collective problem for women. Indeed, every time a woman tells me she can't talk to anyone because she fears being beaten or thrown out on the street by her asshole of a partner or parent -- fears that her only "choice" is between her need for bodily self-determination and her need to not bleed or freeze to death -- I feel like that asshole is vitiating the moral agency of us all.
*"I would certainly like to prevent, if I could legally, anybody having an abortion: a rich woman, a middle class woman, or a poor woman. Unfortunately, the only vehicle available is the HEW Medicaid bill." (Henry Hyde, 1976)
**Disclaimer: My linking to NNAF should not be interpreted as a statement that I work or have worked for NNAF. (Just like my linking to the Hyde Amendment should not be interpreted as a statement that I currently work or have worked for the jackass.)

Posted by placenta sandwich at 9:11 AM