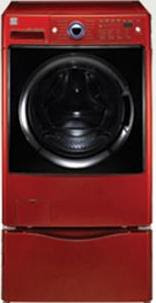 I bought a $50 Biofit Uplift bra at Victoria’s Secret’s annual Semi-Annual sale. It cost $29. I was inspired to rummage through the sale bins full of properized underwear—where even the black bras are pink—after reading all my friends’ bra statuses on Facebook. I didn’t think much about cancer when I was trying the bras. Rather, I was fascinated by Biofit’s conscientious coverage and adherence to the curve of my back.

I do think about cancer most of the time. I’m not exactly sure why, but I imagine it has something to do with following tailpipes all day long as I traverse this quaint city teeming with BMWs and garbage trucks on my own two feet.

If I was Focus on the Family, and I had $3 million to blow on a Superbowl commercial, I wouldn’t talk shit about abortion because abortion doesn’t tip anyone’s iceberg. I’d talk about this industrial nation full of comfy geniuses rattling out inventions of convenience so we can do more and never sleep.

I’d say, Yo, 100 million viewers! Don’t believe in global warming? What about cancer? Then I’d thumb my nose at prime time, and tell everyone to shut-off their televisions, and go play outside while there’s still trees. (This is most likely why no one who has $3 million wants to sponsor me.)

In the beginning: Obviously, at some point something didn't have an abortion, but eventually (approximately the fifth pregnancy) someone or something was pregnant, and it wasn't right, so she did the life dance, and the pregnancy shimmied right out of her. Abortion becomes commonly sought and unconditionally available prior to quickening.

1550: An unhealthy and painful device designed to narrow an adult women's waist to 13, 12, 11 and even 10 or less inches, the invention of the corset is attributed to Catherine de Médicis, wife of King Henri II of France. She enforced a ban on thick waists at court attendances and started over 350 years of whalebones, steel rods, and midriff torture.

1700s - 1800s: The US Constitution is adopted. The Bill of Rights unfolds. The Industrial Revolution launches its fangs into the atmosphere.

1910: By 1910 all but one state [We dare you to guess which one.] criminalizes abortion except where necessary, in a doctor's judgment, to save the woman's life. In this way, legal abortion is successfully transformed into a "physicians-only" practice.

1913: The first modern brassiere to receive a patent is invented by a New York socialite named Mary Phelps Jacob.

1928: Maidenform, responsible for grouping women into bust-size categories (cup sizes), is founded by Ida Rosenthal. Abortion is still illegal in the US.

1940s: 60% of the 25,000,000 wired homes in the United States have an electric washing machine. Many of these machines feature a power wringer, although built-in spin dryers are not uncommon.

1973: The right to have an abortion in all states is made available to American women when the Supreme Court strikes down restrictive state laws with its ruling in Roe v. Wade. The Abortioneers imagine that January 22, 1973, felt much like the intersection of 14th Street and U Street felt on November 3, 2009. Sigh.

2008: Leeds University invents a washing machine that needs just one cup of water and the Biofit Uplift bra is released.

2009: George Bush and Dick Cheney pack up and move out.

Hey! Where are my abortion breakthroughs!?
Posted by daughter of wands at 11:28 AM