Another FAQ: "Why did she wait so long?" 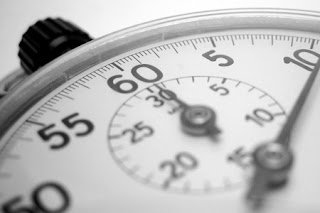 Yes, it's a frequently-asked question, and I kinda hate it. Like she "waited" around until her schedule cleared up or something. If a woman finally makes it to an appointment at 18 weeks, it's safe to assume she wasn't "waiting," she was being delayed.

This came up for me yet again last month when Frances Kissling, who formerly led Catholics for Choice, controversially questioned whether we really know anything at all about why some women have later procedures.* To make a long story short, Kissling said we don't know how many abortions are done because of fetal anomaly,** said that "there is no evidence regarding shame over sexual abuse leading to pregnancy denial, indecision etc as a major factor," and asked "Do we really think women who do not have the money for a first trimester abortion find the larger amount needed for a later procedure in any significant numbers?"

Apparently, even people (like Kissling) who have experience providing abortion care and emergency abortion funding for second-trimester patients may feel this way. But that baffles me, honestly. Because I have those experiences too, and I've spent so many days/weeks/months, yes months, working with the same women who are still trying to obtain treatment for the same pregnancy, and heard all of the trials and tribulations along the way. How could someone who's done this still feel they "don't know" why women "wait until" the second trimester, while I feel I know it all too well?

Here is your frequently-given answer:

Women DO suffer, sometimes terribly, from shame and denial -- young women especially. They don't tell their parents, who might beat them, throw them out of the house, or simply 'be disappointed' about either consensual sex or rape (outrageous but not uncommon) or the pregnancy itself; imagine how much more complicated and traumatic when abuse by a trusted relative or family friend is involved. Will they even believe her? How can she bring herself to speak up?

Then there's the surprising number of women who simply don't realize for a few months that they're pregnant: they have urgent things on their mind, like keeping their children clothed and fed, where outgrowing their shoes can be an unaffordable problem, and maybe to scrounge up some shoe-money they'll forgo lunches at work, so feeling tired and slightly sick all the time is nothing new; you get the picture. Or they keep getting their "period" (actually implantation bleeding, 1/3 of women have it through the first trimester) or are in some other way among the "lucky" women who barely have any symptoms.

And yes, HELL yes, women do spend months getting the money together. In my area, most of the quality providers charge around $500 for a first-trimester abortion; some places are able to discount $100-150 with proof of Medicaid. This is low compared to most out-of-pocket medical costs, and has barely kept up with inflation since 1973, but of course if you're on Medicaid you probably don't have $350 in your pocket. Sure it doesn't "make sense" to try to get $2700 instead of $350, as Kissling says, but the logical conclusion of that view is If they can't get the $350 right away, why are they bothering at all? Yet we know women are much more determined to decide their pregnancy outcomes than that. Plus, when I work on funding, a lot of the second-trimester patients I talk to got their price information when they first called a clinic in the first trimester, and had a terrible shock when they called back several weeks later and the price was higher.

Then, if they are lucky enough to find out about emergency funds, which many clinics don't even know about (!), they will still be disappointed to learn that the fund can't always pay everything they are missing. "Can you pawn your TV, get a predatory payday loan or a loan for your car title, can you borrow ten dollars from everyone you know, can you find five houses to clean after work this week?" (It sucks to talk about these options -- even more so if they've already been checked off.) They painstakingly set that money aside. Then, maybe, a drug-addicted relative steals it from them. (Yes, really.) They're back at square one. Or they have to help their family move before the eviction date and the delay takes them from week 12 to week 13, and they've moved to another neighborhood/town and have to find a new clinic with a new price, or a ride to the old clinic. And so on.

The funny thing is that when I mentioned all of this in a comment on Kissling's article, I felt shy and embarrassed, because someone with her experience has surely heard it all before! But why do the detailed memories come back to me so readily whenever this subject comes up, and not to her? These stories and examples are not statistical evidence (which might be what she was calling for without naming it as such), but they are not nearly rare, either. I've heard them for years -- sometimes alldayeveryday -- but never lost my trust in women and girls' good-faith efforts to TCB as efficiently as they were able, or implied that their own words about "why" the delay (not that I was owed an explanation at all) were not reliable enough.

The entire post I just wrote is only a small handful of common examples, in a health care context where abortion is mostly privately provided and privately paid for. There's no one Major Reason (or 3 or 5) explaining the course of all women's pregnancies up til their appointments. To sum it up in different words: the British Pregnancy Advisory Service reviewed a full month's worth of requests for abortion past 22 weeks in the UK. The article where I read about this, A Moral Defence of Late Abortion, is fantastic in itself, but if you want to get to the details of the audit, scroll down. There you go: your frequently-given answer, woman by woman.

PS: I don't hold it personally against Kissling. I still like other things she's written. Like this article, for example, that I think everyone supporting abortion rights ought to take to heart this new year - Twelve Things You Can Do To Help Increase Abortion Access.***


*The main point of Kissling's article was to address the calls for "honesty" from pro- and anti-choice camps alike; she stated she isn't comfortable with some pro-choice advocates' rhetoric, like typical characterizations of "reasons" for the 10% of abortions that occur beyond the first trimester. By way of example, she quoted Catherine Epstein writing that major reasons for the vaguely-defined "late abortion" include fetal anomaly, shame or denial following sexual abuse, and the struggle to get enough money for the abortion.
**What we know about abortions sought because of fetal anomaly is that they represent less than 1% of ALL abortions, but probably much more of what are vaguely referred to as "late abortions" (I'll try to find exact percentages, but the reporting is not uniform across states). Between Epstein's and Kissling's articles, the distinction between "second trimester" abortions (after 12 weeks) and "late abortions" (after 20 or 21 or 22 weeks, depending who you ask, when fetal anomalies are more often detected) became blurred in the arguments.
***Even though, as the National Network of Abortion Funds pointed out, many clinics and doctors DO already forgo payment to provide urgently-needed abortions. I had to go and be argumentative, didn't I?
Posted by placenta sandwich at 12:07 PM