What coffee and abortion have in common 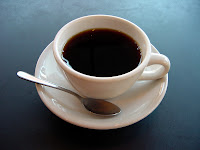 What I'm saying is that if your BFF worked at Independent Coffee Beanery, would you really suggest that Starbucks needed the money more? That's actually not the best analogy because Planned Parenthood isn't a corporate behemoth, and I respect Planned Parenthood and I do want them to benefit from donations...but sometimes, I want my little clinic that could to benefit from some cash money here and there. (I might be jealous of Planned Parenthood, but I'm also human and I heart my clinic.)

So if you're a little flush or if your rich pro-choice aunt wants to contribute to the cause, maybe think about checking FAN or Abortion Clinics Online for contact info of lesser-known but super-important clinics in your area that might need a little help, especially in this political and economic climate (Also, think about patronizing your independent coffee shop.)

Posted by Desembarazarme at 7:00 AM