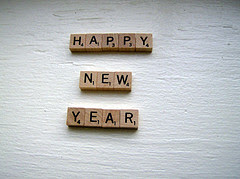 It may be slightly arbitrary, this idea of a new year and a chance to start fresh, but I think it gives us all a chance to reflect and how we can set goals and make improvements.

It's been a year of ups and downs in the abortion field (as pretty much every year is).

Health care reform was finally passed and signed by the president (yay!) but an abortion exclusion was included (boo!). As always states were active in restricting access to abortion. To name only a couple - Nebraska passed a law banning abortion after 20 weeks, the Oklahoma legislature passed a law requiring an ultrasound "that provides the best image. If a woman is early in her pregnancy, when most abortions are performed, that likely means a transvaginal procedure, said Oklahoma City ob-gyn Dana Stone, MD. Physicians also must display and describe the ultrasound image or be subject to significant penalties." (http://www.ama-assn.org/amednews/2010/05/10/gvl20510.htm). In addition to the president's restriction of abortion coverage in the new government funded health care programs, many states added restrictions, so that women can't use their own privately funded health insurance plans if they are sold through the health care reform program. In November we saw a more conservative, anti-choice U.S. House of Representatives elected.

Don't lose heart abortioneers! We did see some positive news in 2010. In Phoenix, an administrator (a nun) of St. Joseph's Hospital allowed a critically ill woman to have an abortion. She faces penalties for this (apparently including excommunication), but she did what was right for this woman regardless of how it affected her. Scott Roeder was given a life sentence for the murder of Dr. Tiller as he ushered parishoners into church in May of 2009. Charlie Crist (soon to be former Governor of Florida) vetoed a bill that would have required women seeking a first trimester abortion to get an ultrasound.

In this new year, let's all think of how we can improve our lives and those of others. My resolution is to be healthier and happier in 2011, and I'm adding something to that - to help others be healthier and happier. One way we can all do that is to help small abortion funds (www.nnaf.org), become clinic escorts at our local abortion clinic, and get involved in campaigns to improve access and to avoid these heinous laws that hurt women.

On behalf of all of the abortioneers, I wish everyone a wonderful new year filled with good health and happiness.

Posted by revolutionary vagina at 12:53 PM