What Brought You to This Work? 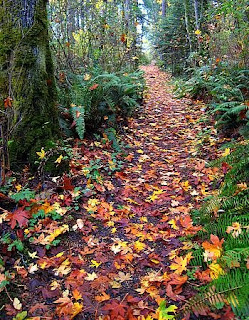 Recently, someone asked me how I became involved in abortion care work and who or what has guided my journey in that work. After writing to her I thought I would share that story here.
As a child my mother took me to clinic defense rallies. I didn't really understand what it was were defending but I knew that it was important to my mom. I don't really remember a time when I learned about abortion or choice. Abortion was always a part of life just like pregnancy, miscarriage, or childbirth is a part of life.
I sort of fell into abortion work, or rather it chose me. I wrote a personal narrative about coming out as gay and being from a multi-racial family for an adjunct professor my freshman year in college. She encouraged me to attempt to publish the piece, but I didn't follow through. As the school year came to an end, I told her I was looking for part time work and asked if she had any suggestions. She told me she didn't know where I stood in regards to choice but she worked for a pro-choice organization while in school and gave me the information, and I pursued a job working in direct service with women seeking abortions.
The question of where I stood in regards to choice was not really a question for me. The understanding that women should be able to control their bodies and lives seemed like something very basic and unquestionable. I distinctly remember having a crush on a boy in first grade, who I then saw in the midst of a huge pro-life rally with his family. My mom and I were on the clinic defense team. At that moment my 6-year-old heart was crushed, because I knew he was on the wrong side of something really important and my infatuation with him was over. As a child, when my mom told me she had an abortion a few years before having me as a single parent, I told her it was me. I told her this because it made sense to me that I was meant to be my mother's child. It just wasn't the right time when she found herself pregnant the first time at 20 years old. I told her it was me and I came back when the time was right.
When I was hired in abortionland I did not feel particularly passionate about the work. I had just come out as gay and I was hired the week of a catastrophic disaster in my hometown, so it was really the least of my concerns. But I needed a part-time job, and I was all about helping other people regardless of how much or little it had to do with my life.
I had to have an ovary removed within the first 6 months of working in abortionland, and as time went on I was just going through the motions. I knew I was good at the kind of phone counseling I was doing, but I felt highly disconnected from abortion. My supervisor during most of the time I worked for this organization was definitely instrumental in solidifying my understanding of how abortion was important to me personally. My supervisor and the women I spoke to each day are the primary people who shaped my journey.
One day I went to my supervisor for a new security card because I had been robbed. She looked at me and said, "Your life has never been easy, has it?" I responded, "No, not really." This authority figure's acknowledgment of my personal circumstance made the work I was doing to help women seeking abortions feel more important to me.
Some of the staff and I began joking that I would win the award for having the most pregnant friends of anyone in abortionland. During the first few years that I worked in abortion care, I had several friends who had abortions and several more who had babies. I had a friend call me on my personal cell phone one day when I was at work to tell me she had been raped and she was pregnant. I was able to leave my break, call her from a work phone and attempt to assist her. I ended up lending her half the cost of her procedure from my next check so she could be seen as quickly as possible.
The many women in my family and friendship circle who have made the difficult choice to have a baby or an abortion have guided my journey too as I have become passionate about reproductive choice, health, and education. For me this work is the closest thing to what a lot of people, especially Christians, might identify as a calling.
I would love to hear others' stories of what brought you to this work, so please share.