The paradox of pregnancy 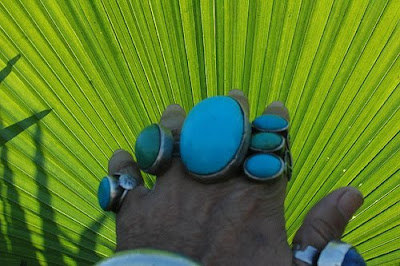 I have found the paradox, that if you love until it hurts, there can be no more hurt, only more love. -Mother Theresa

Earlier this week, President Obama sat down with a crowd and told a real-time story about a woman from Ohio who is dwelling in a chronic death-hole due, in-part, to our healthcare crisis. Instead of his usual: This bill will cover 30 million uninsured Americans, he made a single, emotional argument.

Those who raise money for abortion funds that primarily support low-income and uninsured women and families across the country know this empathic appeal may be the only true way to the light of justice. Regardless of the venue--a luncheon, an afternoon business-meeting, a personal ask, the happy hour, or house party--you will inevitably hear a compellingly heart-breaking story about a woman who needs an abortion tomorrow, and you will think of no other viable use for the twenty-dollar bill in your wallet than to love your neighbor.

Voila! Belief you can believe.

Slovic ponders the phenomenon of widespread indifference (aka. psychic numbing) toward the plight of one among many, in terms of mass murder, and concludes that humans are not wired to empathize with statistics, numbers, dots, and lines. Images are powerful persuasions--particularly images of one victim with one woeful face.

Between the work of Jonah Lehrer, Paul Slovic, and my last blog that highlights a research study that concluded that images of babies are like crack for your brain, I am kart-wheeling over here between Eureka! and No-F*@#%&-Duh!

This week, Guttmacher Institute released a vital new tool for researchers, advocates, policy-makers, journalists, and seriously-curious folks: the Data Center. Over the years, Guttmacher has ushered several solidifying moments for me: half of the pregnancies in the US are unintended! 9 in 10 abortions occur within the first 12 weeks of pregnancy! Most abortions occur in *developing* countries! 70,000 women die each year from clandestine abortions!

The truth resonates to my core as I stroll past the lovelorn Antis toting larger-than-life images of dead feti, as I drive past the billboard images of babies singularly declaring their unique worth in the *eyes* of *god* that pepper the Midwest: Who the hell has the audacity to protest pregnancy sacrifice when we know full-well that women and families suffer and/or die in droves when abortion is not safe, legal, and accessible?!

Consider this past year. The Abortioneers downward-spiral over the tragic loss of a women's-health leader; decreased funding for abortions for low-income and uninsured women in light of a tricky recession; unprecedentedly, poetically frightening, anti-abortion legislation proposed throughout the country; increased violence and harassment occurring outside our integral, healthcare facilities; and being fed to wolves in the healthcare reform debate.

Meanwhile, the male-dominated, anti-abortion movement is scheduling press-conferences with the Associated Press in jail, and our families would still prefer we talk about something else behind closed doors.

The declarations: One in three women will have an abortion in their lifetime! 45 million in the US!, are still deeply lost in worldwide translation. In the case of abortion, the translation is often lost between the front door and the curb.

When I counsel women who feel alone in their decision and ashamed of their plight in the *eyes* of their *god*, I ask them to do something mathematical when their heart is tormenting their head, my cliche explanations of lines of commonality, and their honest, practicality do not comfort them. Go to church on Sunday, and instead of spacing-out while Father Gaga rambles on about some overspent, biblical chapter that sends you into the useless agony of total numbness, try counting heads. One in three. Chances are, you're not so alone even in hell, yes?

For now, President Obama can simultaneously sweep abortion under the rug while tackling healthcare reform for the masses. Several *free* states can give birdies to pregnant women everywhere. Delusional Antis can call me a satan-following, baby-killer as I walk into my expertise. Non-Abortioneers need not take the time to empathize with the life-work imbalance and harassment that pervades this actvists' movement.

But every Abortioneer knows how quickly the images of jelly-drenched feti can turn to hospital beds full of mutilated, septic women with dead feti invisibly rotting in the womb, how valiantly these 45 million voices will move mountains and salve volcanoes one story at a time, how swiftly we're now embracing the Age of Aquarius, how lovely is the love awaiting us when we choose to become an empathic civilization.

1 Apparently, Mother Theresa was declaratively anti-abortion during her lifetime - probably because she failed to count heads during her countless years of service to the masses. She may have also been psychically numb due to all those years of attending Mass.