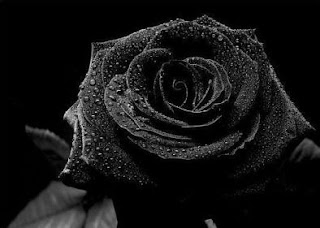 Race seems to be a reoccurring them on the blog lately. I have touched on the relationship between reproductive choice and race in a few of my blogs. However, it’s a subject that I have avoided in my writing. I have avoided writing about it because race and racism are controversial subjects. Thus, trying to write about race as it might relate to another controversial subject like abortion feels extremely challenging to me. In my mind I have very clear thoughts about how the two issues intersect and yet I have not put forth the effort to try and relay these thoughts.

Most recently upon reading about the bill boards stating "black babies are an endangered species" in Georgia I was reminded that it’s a subject I should take the time to write about.

Black people are endangered in America. Systemic racism is rampant, and more importantly hard to identify because it is so deeply entrenched in the social fabric of this country. When slavery was abolished it abolished slavery except in prisons. There is now an obscene discrepancy between the numbers of black people incarcerated in comparison with white people. Does this have anything do directly with abortion? Not entirely. But if anti-abortion folks are going to start blaming women who practice their right to choose abortion for the danger black folks in America are in then they are misplacing blame to say the very least. I could analyze every single systemic structure in the U.S. and provide examples of racism. Institutions in this country were physically built by black people to serve white people and that origin is not completely null and void because history has progressed.
Poverty in the United States can not be isolated from race. All black people are not poor however one cannot examine poverty without taking race into account. Black people, as a collective not necessarily individuals, do have less access to institutional resources. Information is power and in this country information is controlled by people with money. For some reason white people in this country tend to have more money then black people. It might be because our (I’m white) ancestors are still benefiting from hundreds of years of profit created on the backs of enslaved Africans.
I don’t think I need to present facts to support the notion that the more money, information, and access to education one has the broader choices they have. Choices are about access. When someone needs a job they don’t have to take a job that won’t pay them their worth if they have access to other opportunities. On the other hand, if you don’t have other options you take the job regardless of what they will pay you, because you don’t have any choice. When a woman is faced with an unintended pregnancy, the choice she makes is often based on a whole bunch of life factors some of which may be related directly or indirectly to race, socio-economic factors, and culture. Race does not play a direct factor but it might be one part of the reason any person finds themselves in their current life circumstance.

I live in the south, I’ve helped provide abortion care to people in and from the south, and I’ve also helped provide other social services to people in the south. Slavery, and more importantly institutional racism is not some ancient past it has shaped the social fabric of the United States today. Any danger that black people are in is not a result of a woman, or many women, choosing to have an abortion. It’s much more likely that she chooses abortion because of her current life circumstance which very well might have a lot to do with race.
Racism kills black people of all ages, living breathing people, people with families to care for. The nature of racism, particuarly interpersonal racism is changing daily, racism affects the lives of a lot of people who do not identify as black or white. However, the results of racism in the United States cannot be reduced to blaming black women who have abortions for making personal choices about their lives and families.
Posted by sparky at 3:57 PM