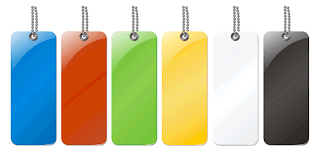 Are you a pro-choicer who kind of doesn't like the term "pro-abortion?" Seem a bit too extreme for you? Well, I'm not one of those pro-choicers. I actually strongly prefer the term "pro-abortion" and have for some time. I know some pro-choicers who say, "Well, no one is really pro abortion!" I am. Completely. Whole-heartedly. And absolutely unapologetically pro-abortion. For whatever reason. If a woman wants an abortion, then I'll be her whatever-she-needs-hand-holder-tear-wiper-cheerleader-pro-abortion-girl. If a woman says she wants to carry her pregnancy to term and become a mother (even if she's 15 and lives in a car), then I am pro-motherhood. I will be her referral-seeker-set-up-an-appointment-with-an-ob/gyn-get-on-prenatals-find-out-a-way-to-stay-in-school-cheerleader-pro-motherhood-girl. My point: I'm really pro-woman. All real Abortioneers are.

"Pro-life." Oh, how I hate that term. Really. It's such an asinine label. Seriously. Who isn't pro-life? Um. Besides the likes of crazy mass murderers? I've said it in another post before, Abortioneers, pro-abortioners, pro-choicers (whatever you want to call us!) are the most pro-life people I know! Why? Because we value the life of actual human persons, not just the embryos that have the potential of becoming human persons. (Let me just say that we will also get excited, becoming pro-motherhood girls, for those who want to love their potential human persons. FYI: lots of abortioneers happen to be mommies, too.) If you like where I'm going with this, don't get too excited: I'm not a fabulous philosopher; but Leonard Peikoff is.

Who? Leonard Peikoff. Don't worry, I only just learned about him, too. He's a philosopher of objectivism (termed for the philosophy of famous author, Ayn Rand). He wrote a fabulous essay called "Abortion Rights is Pro Life" and you can read it here. Read it! Well, and though I am a self-proclaimed feminist, I'm not a HUGE fan of Ayn Rand's books. (Gasp!) I am, however, a fan of this quote of hers:

I cannot project the degree of hatred required to make those women run around in crusades against abortion. Hatred is what they certainly project, not love for the embryos, which is a piece of nonsense no one could experience, but hatred, a virulent hatred for an unnamed object...Their hatred is directed against human beings as such, against the mind, against reason, against ambition, against success, against love, against any value that brings happiness to human life. In compliance with the dishonesty that dominates today's intellectual field, they call themselves 'pro-life.'

The term pro-choice? Well, I suppose that's just the default political label, but I don't really like it. It's a bit lame for my taste. Abortioneers are more than pro-choice. We're pro-abortion and pro-woman and pro-motherhood and pro-adoption and pro-whatever-the-hell-a-woman-believes-is-best-for-her-at-this-point-in-her-life type/label/people. We're out there doing the direct service work, day in and day out. We're the real experts in this field (not to toot our own horns) because we're the ones with our fingers on the pulse of women's lives. And really, we're not the experts. I was being coy. The women are the real experts. (Nearly one in four American women, to be exact!)

So we throw all these labels around like they actually mean something; and they don't really: I know people who call themselves pro-choice who are actually anti-abortion in certain circumstances and I know people who call themselves pro-life who are actually very pro-abortion in certain circumstances (like rape). We talk about all this abortion stuff like what we do is rare. Like abortion is rare; but it's SO not. It's very common. And I suppose that's the ONLY common ground all of us label wearers will ever have. And that's just fine with me.