Ways To Not Understand "Choice," or Patriots don't get pregnant 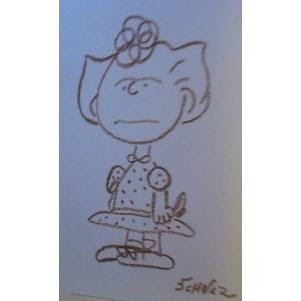 (who doesn't like a little humorous misapplication of a classic cartoon line?)


I can never tell if it's more frustrating or funny to realize I'm talking to someone who thinks pro-choicers support coerced abortion. It happens about as often as I venture into anti world -- which means, depending on how patient/masochistic I'm feeling. The thing that seems obvious to me is, "chosen" is like the opposite of "coerced," so you'd think pro-choice might suggest...anti-coercion.

The questions (they are usually questions, though I'm not sure if they're earnest or intended as a-ha! traps) are things like "What about that woman whose husband tricked her into taking the abortion pill" or "What about the woman whose parents threw her in the trunk of the car and drove her to an abortion clinic" or "What about the woman who was told by an evil genie that she had to either get an abortion or be sold into a harem on the lost island empire of Atlantis". #1 and #2 are specific examples of questions I've been asked, and they refer to actual events that have occurred. #1 and #2 are also called 'assault' and are punishable by prison time.

The other main twisting of "choice" that I hear a lot always feels like a punch in the gut, and I do hear this one a lot because our culture is full of slut-shaming, not just in anti world. People who think they're cute pipe up with this semantic tour-de-force that goes something like, "I believe in a woman's right to choose -- she could've CHOSEN not to spread her legs!" Ah, clever. The idea being, if you're dumb enough to CHOOSE to have sex, and then get pregnant from it, you fucked up and deserve to stay pregnant. I mean, we don't let speeding drivers seek treatment for their broken limbs, do we? Fifty-five means fifty-five! So if a woman finds herself pregnant in a situation where she can't stay pregnant, even though she knew from the get-go that getting pregnant would really suck, then she's an idiot and pretty much earned what she gets, which is to take her life into her hands, nearly kick the bucket, be refused emergency care from her own doctor, be told she's crazy by another doctor and also lose her job.

Say what? Well, you should read this: Military Abortion Ban: Female Soldiers Not Protected by Constitution They Defend.


“You hear these legends of coat-hanger abortions,” a 26-year-old former Marine sergeant told me recently, “but there are no coat hangers in Iraq. I looked.”


Synopsis, though I hope you'll just go read the article: active-duty military who become pregnant are discriminated against and those who seek abortions get it even worse. So they're trapped, and might do the next logical thing: the Russian roulette of DIY. (You can also see this sergeant interviewed in the documentary The Coat Hanger Project.)

And right on the heels of that article comes word of a recent policy on the ground in northern Iraq that pretty much codifies what's been going on all along: forced unsafe abortion for female servicemembers. U.S. personnel in Iraq could face court-martial for getting pregnant:


The policy, which went into effect Nov. 4, makes it possible to face punishment, including a court-martial and jail time, for becoming pregnant or impregnating a servicemember, according to the wording of the policy and confirmations from Army officials. ... The policy also applies to married couples who are at war together.


To recap, your beloved Department of Defense:
(1) forbids medical personnel to provide abortion care except in cases of rape or life endangerment;
(2) refuses to cover the cost of abortion care except in cases of life endangerment only;
(3) by its very nature stations its personnel in places it has utterly ravaged so that, if they ever did have safe specialty health services, well they don't anymore.
...so far so good, right? The DoD is doing an awesome job preventing abortion -- hell, they've made it practically impossible!

So now what? Well, like I said, now you take your life into your hands, nearly kick the bucket, get refused emergency care from your own doctor, get told you're crazy by another doctor and also lose your job. It's that or jail (or maybe both). You don't have much choice.


This blog is primarily for us to share from our perspective in the field, so you might wonder if now I've accidentally digressed into extrapolation or punditry. But I could tell you a surprising (to me) number of stories from work involving women in the military, or married into the military, needing an abortion as a result of their connection to the military and then having a hard time obtaining one as a result of their connection to the military. They're not all the same situation as that of "Amy" in the RD interview -- there's a lot of different ways to get screwed over for serving one's country while uterused. Maybe this will be a two-part post, so next time (around the new year) I can share some of those with you. But you don't need to hear them all to see there's an unjust price for being a woman in uniform.

Posted by placenta sandwich at 9:36 AM