All I Want for Christmas Is 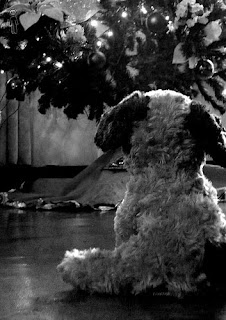 the ability to exercise my legal right to choose what happens to my body - not some old white men who will never know what it means to have an unexpected, unintended pregnancy. And yes, I include the crazy antis with nothing better to do with their time than harass women, who probably read this blog at 3am in their bathrobes.

Luckily, it looks like the particularly awful anti-abortion language (attempt to take away basically any insurance coverage) will not be in the final health care reform bill. Although, and correct me if I'm wrong, but I think they just replaced it with the same crap that basically defends the Hyde Amendment. I find it particularly funny that Republicans/conservatives call themselves small-government and claim that they don't want the government in their affairs. This is OK? Interfering in someone's ability to make their own health care choices is OK? It seems pretty Big Brother to me. Hypocrisy really pisses me off. But I guess it's OK when you're forcing your moral code onto everyone else.

Since it doesn't look like women are going to get any help soon, and we all know choice means nothing unless you have the ability to exercise it, it looks like it's in our hands to help each other out. By us I mean, the abortioneers, clinic staff and volunteers, fellow pro-choice/pro-abortion bloggers, abortion fund workers, and all of you out their on the internet. In the coming new year, let's all do what we can to support each other. That might mean volunteering as a clinic escort, donating to a local abortion fund (you know how I like to plug for the funds), volunteer at a local clinic/Planned Parenthood with advocacy work, etc. - whatever you can do. Let's show that there are a lot of people out there in this country who support choice in all its forms.

In other news, Scott Roeder was denied the necessity defense for his trial. Some good news.

Posted by revolutionary vagina at 5:19 PM