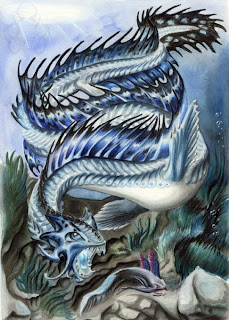 I am an atheist.

There. I said it.

I remember when I first came out as an atheist. It was generally anti-climactic; I had never believed in God, and so I had never hidden my atheism per se. If people asked, I told them. But the first time I actually made the declaration in public was a very personal victory. Even my best friend at the time, another staunch heathen, was too insecure or self-conscious or whatever to announce the same about herself. She did, however, give me a sneaky low five with a "you go girl!" glint in her eye. It remains one of the proudest moments of my life. I was 12 years old.

I caught Hell. One kid even gasped, like the coming-up-for-air-after-a-near-death-drowning kind. I'll never forget you did that, KJ!

Point is: It is impolite (to say the least) to question people's religious beliefs. ALWAYS. If somebody wants to start fussing and feuding with you, then I'll concede that you have the right to defend yourself. Fine. But at what point in the process of marching up to people AT RANDOM and telling them you'll pray for them or that Jesus loves them did you decide "Hey, what a super idea"? I have never in my entire life told a person that I would worship Satan in his or her name, nor have I ever considered it. I have never believed that it was somehow my business to save others. But seriously, what is up with that? What difference would it make in my life if you pray for me? It only works if I pray for myself! What happens to me in the "afterlife" is God's call, not yours.

This is particularly frustrating when I deal with antis. They offer me rosaries, invite me to church, say "God bless you!" almost ironically as though they mock my heathen ways. Stop it. I am not on your side. Ever. I just can't be. You are not doing any favors, even for fellow religious folks. Remember my post about this very issue from last month? You can upset people with your banter. You might think you're doing some noble deed, but you have no idea who you're effing with when you go there with people, even with close friends and family. These are truly and deeply personal matter that are nobody else's business. (What? I thought everything was the antis' business!) Bottom line: it is inappropriate! It's this pseudo-magnanimity that antis interpret as ungratefulness when they get an adverse response. Duh. People don't like being told what to do, last I checked.

I would solicit the antis to put the shoe on the other foot, but who are we kidding. They're serpentine and have slithery tails that are not conducive to shoe-wearing.