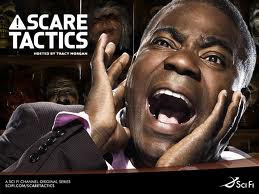 In the abortioneering world, I have seen many fear-based campaigns regarding sex, and specifically on avoiding teen pregnancy and HIV/STIs. How many of you have seen the ad with the crying baby? Or the billboard that tabulates how much a baby costs in their first year alone? Or the genitalia laden with sores? I think just about every high school or college sex ed course shows those squicky STI slides. What about images/videos of the penis swab testing that used to be standard for male STI testing? Any of this sound appealing?

Ok, so then lets say you either ignored those messages or were not scared by them...and you wind up with an unwanted pregnancy. Where do I even begin to list all the scare things we are told about abortion? Breast cancer anyone? Perforated uterus? Lifelong infertility? Depression? Suicide? Our family/friends/lovers/clergy will be disgusted with us? Have you heard these?

So, the million dollar question is, do these fear-based campaigns work? Well, the research is mixed, and it generally depends on the health issue and the duration and saturation of ads. In the field of sexual and reproductive it ultimately does not matter, because until there is universal access to family planning and safe sex, all the scare tactics in the world do not matter. Same goes for abortion. And then there are the large numbers of people who are raped, so once again a fear tactic about an itchy crotch won't change things.

What fear tactics have you heard of or seen (or used yourself to persuade others)???
Posted by Vegan Vagina at 8:00 AM