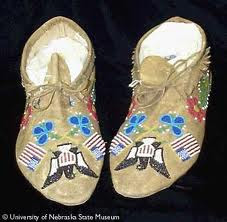 Ahhh. A lovely Autumn day. The kind that starts off kind of chilly but nice, because you finally get to wear that cute jacket that's been collecting dust in a bin under your bed. And you bring a pair of gloves just in case but end up not needing them, but aren't you clever for having been prepared?

All the Target-brand gloves in the world could not have prepared me for my first day back on the job as an escort.

I had taken some personal time since Spring and hadn't been escorting since. I felt like crap each time I got that email requesting volunteers and deleted it. So I was pretty excited to get back on the pony and set myself up for ridicule and harassment. I was the first escort to arrive and was met by a regular that we have dubbed "Sign Guy". He must have forgotten my face, because as soon as I headed up the sidewalk to the door he accosted me with his nonsense. Now, I usually do not engage the protesters or even talk to them except to request that they not block the sidewalk or the clinic door. But apparently I had eaten Honey Bunches of Bitch for breakfast because my rebuttal was "Go fuck yourself" followed by "fuck off". It actually worried me that I wasn't more quick-witted than to drop the F bomb twice in five seconds. It was bound to be "one of those days."

As more protesters and escorts arrived things felt a little more normal. I was out of the swing of things and managed to miss a couple people on their way in, but I was otherwise OK. At one point we spotted a woman sporting a T-shirt that revealed her support for an aggressively Anti candidate in the upcoming election. Yuck. We kept an eye on her, but she kept her distance for a while, planning her attack. I had planned to ignore her (promise!), but she came to me the exact wrong way that morning:

"You should write a letter to your mother and thank her for not aborting you!"

I don't even remember how it happened, but all of a sudden we were nose-to-nose and I was yelling in her face that my mother was dead and how dare she tell me shit about my mother and to go fuck herself, too. Had I been coherent and articulate I might have mentioned that my mother had had something like three abortions, some before me and some after me, and that I thanked her for that. For knowing when enough is enough (four, to be exact) and that she really wanted more kids and loved being pregnant but simply couldn't balance being the breadwinner, a workaholic, and having seven kids. But I didn't say all that because a) why bother, and b) I was sobbing after the last "fuck".

I went into the clinic to cool off, but couldn't really. I couldn't believe what had just happened. I had never before been on the receiving end of protester banter, and I finally learned what it felt like. I felt VIOLATED. I felt ABUSED. And good thing I did, because it was that that reminded me why I was standing out there to begin with. I had to protect women from feeling the way I just did. And I know I can't guarantee that it will work, but damn it all, I have to try. So I went back out there, and the crazy lady was long gone. It hadn't been 90 seconds since her near-death experience and she had already run off. Did I scare her? I dunno. Did the other escorts strongly suggest that she take a hike? Maybe. In any case, I like to think that it was our collective awesomeness that sent her packing.

You know what cheered me up a billion percent? A mother walking down the sidewalk with her ~12-year-old daughter slowed down just enough to thank me for what I did. Then the girl, who had Down's Syndrome, waved and thanked me too. I'm not sure if she was just mimicking her mother or if she understood what was going on, but DAMN that felt great.

Nobody thanks the protesters.