Friends Of The Abortioneers: a gripe 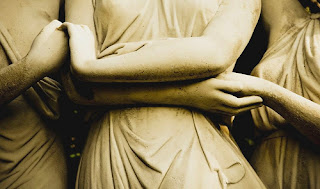 Not long ago, my BFF told me that "on second thought, [I] probably shouldn't meet" one of his new friends because she had briefly expressed anti-abortion sentiments (something like "Well not that I support abortion") the last time they hung out. I asked my friend if he had said anything to respond to her...like, oh, say, "Well, I do support abortion rights, so you don't have to make any disclaimers around me." Or that his best friend provides abortion care and is a perfectly okay person. I don't know.

He said no, he hadn't said anything, and I realized I was hurt. He's known me for years, knows how important abortion is; why isn't that worth rocking the boat with someone he's just met? And why wouldn't you want to state your position early on -- what if this new friend simply assumes that's an OK thing to say to him, or to say in general? I even wondered if she's said it in front of women who, unbeknownst to her, have had abortions and now might never feel comfortable mentioning it.

I felt hurt even though I don't know this woman and don't particularly need to. I feel hurt when my mom lets her psycho friend be vocally anti-abortion in her presence, or when my dad seemed visibly relieved that I was going back to school and he could tell the relatives we were visiting that his daughter "works in public health." It's not outright rejection, but their silence isn't just about abortion as an abstract concept; it's like they're avoiding sticking up for me. And it bothers me even though I don't always stick up for myself.

Am I ashamed? Don't I want to educate people? Why wouldn't I always stick up for myself?

No; No; and, Because. No, I'm not ashamed. Okay, Yes I do want people to "be educated" about abortion, but No I don't want to do it in my local pharmacy or the video store I rent from every weekend. And maybe -- sometimes -- I don't want to be the one to do it. Maybe it would be nice if other people did some educating. People who could say "Someone I'm close to works in an abortion clinic, and from what I can tell it's an important part of healthcare that we shouldn't stigmatize or demonize." People who are far enough away from actually doing the work that, if they said this, it might make someone uncomfortable, but not make someone violent. People who are far enough away from the work that a bad reaction might make them disappointed, but not break their soul yet again.

If I were someone else, I might have been offended that my BFF thought I was too narrow-minded to hang out with someone who opposes abortion -- and I recognize that some people reading this might feel that way too. But I know that he was looking out for me, because I am that narrow-minded; or, less facetiously, because over the years I've decided that my time is better spent with people who can get their head around the fact that I find my work meaningful and valuable, and not wasted on those who need to be gently led back to Square One at potentially great personal risk.

I make exceptions for my grandparents, my middle-school teachers, my parents' close friends; I'll be social with them and skirt the subject. (Although I sense that if I have to see my mom's psycho friend again I'm going to snap.) I also make exceptions by not bringing it up with people I meet at parties, bars, or other noisy places where I am trying to have fun, not an upsetting high-decibel "debate," and don't plan to know you in the long-term. Or if a stranger on the bus wants to chat -- do you know that someone I know was followed on her commute home by an anti? After some instructive mishaps, I now make exceptions when meeting friends of friends, too. I don't like making a friend's evening awkward just because I responded to "So what do you do?" and their other friend couldn't pass up the chance to be rude.

On the face of it, maybe it doesn't sound fair for me to give myself all these passes but hold my family and friends accountable for their silences. But I don't care, actually. They could be my allies: their expenditure and risk in speaking up would be so low compared to mine. They ought to.
Posted by placenta sandwich at 9:45 AM