Warning: I don't know how to perform a life saving procedure. Signed your Doctor 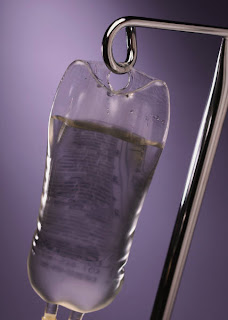 I recently heard a disturbing story that should outrage you.

An Ob/Gyn trained at a residency program that offered abortion training. However, she opted out of the training. She had only seen one second trimester abortion and had performed first trimester D&Cs for miscarriages, not elective terminations. She was later offered an attending ob/gyn position at a Catholic Hospital in the Midwest.

One evening, a patient presented to the ED in septic shock. She was well into the second trimester with a wanted pregnancy. However, the fetus had died and was causing a massive infection throughout the patient’s body. Along with broad spectrum antibiotics, the patient needed the fetus to be manually removed from her uterus with a D&E (dilation and extraction).

Unfortunately, at this Catholic hospital, not one physician knew how to do a D&E. The only physician that had any experience was the Ob/Gyn that opted out from the residency program that offered training as described above. Before the procedure, this physician had to call one of her colleagues from her residency program-one that had not opted out of the training and was well trained in first and second trimester abortions-to talk her through the procedure.

Fortunately, the procedure went well and that patient survived. But how crazy is it that this woman could have died because not one provider had properly learned this medical procedure in the entire hospital. A well trained physician from an outside hospital had to be called in order to ensure the procedure was done correctly and the patient had the best possible outcome.

Unfortunately, this is the reality we face. Many residency programs in Ob/Gyn do not train physicians in second trimester abortion procedures. Although women have elective 2nd trimester abortions for various reasons, there are some women who need a late abortion for life-saving reasons. It is insane to me that physicians are not required to have this skill (thanks Coats amendment) and we could very well see women die because their trusted physician is not trained in this procedure. Can you imagine if physicians didn’t know how to take out an appendix for appendicitis? It would be unheard of.

What kind of doctor would I be if I refused to learn a procedure that could save my patient’s life? I have a hard time grasping this concept and so should you.
Posted by vulva flower at 11:00 AM