Huh, I wonder why some people don't become abortion docs? 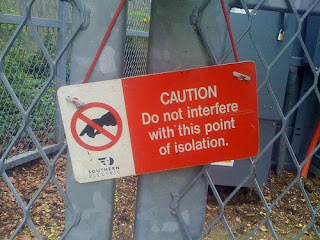 Today the Washington Post has a piece called Abortion Stigma Affects Doctors' Training And Choices. For the record, I think it's a lot better than the article they did last fall, A Hard Choice. That one annoyed me: the five-page piece focused on one student , who was active in her school's pro-choice organization but was turned off from providing abortions once she was exposed to an OB/GYN rotation. I wonder if that student felt misrepresented by the Post afterward, because it made her change of heart sound sort of...nonsensical. You don't want to provide abortions because the OB residents were mean? You rethought abortion because of the blood and tissue, but relished your surgical rotation?

Anyway! So today's article is somewhat better. It still addresses the "new generation" of abortion providers, or more specifically whether one will exist -- apparently only half of students who say they plan to provide abortions actually end up doing so. But this time, the focus is on what seems to me like a more plausible reason to not provide abortions when you thought you wanted to: the negative reaction to abortion. In my experience, the social perception that abortion SHOULD be bad constitutes a large portion of what makes it bad, whether you're an abortioneer providing the services or a patient seeking them out.

I have spoken to women who told me they feel terrible after their abortion, not because they are sad about having it, but because they are so alone, either berated and shamed by those who find out or isolated for fear that they will find out. In essence, they end up feeling bad because they're supposed to feel bad. And then there are the women who feel bad that they don't feel bad! They wonder, is something wrong with them for not feeling the guilt that everyone (viz. Kourtney Kardashian) says they will?

When I say "negative reaction to abortion," I don't just mean stigma like people will not hang out with you at the country club, or even stigma like certain relatives will have a hard time looking you in the eye or friends-of-friends you meet at a birthday party will spend the evening giving you a hard time. I also mean that women get beaten up or thrown out of the house by partners and parents, and clinic staff get bomb threats, stalkers, and the occasional motivated shooter. This asshole just got arrested for making threatening phone calls to Dr. Warren Hern, the other high-profile "remaining doctor" after Dr. Tiller's murder, and Hern's wife and child.

And, speaking of Dr. Hern, I also mean weird articles written about you in tones mixing sensationalism and disgust, purporting to give you the hero's profile you deserve but simultaneously perpetuating the denial and distance that already pervade 99% of depictions of abortion providers. (But I guess replacing a person's name with "the abortionist" every time, even if it makes the person eventually sound like a thing instead, is just how you have to write to sound edgy enough for a men's magazine?) If you're interested, the author of the Newsweek article that I mentioned recently also briefly covers some of the problems with the Esquire article. And she includes a response from Dr. Hern which I liked a lot.

This concludes today's abortion media literacy roundup! I know I've done a lot of media response lately, and coverage-of-coverage. But soon I'll get back to telling you more about my clients, in case you've missed them. I know I have.

Posted by placenta sandwich at 3:14 PM