Out of this galaxy

Turns out Initiative 26 is TOO EXTREME, even for Mississippi pro-lifers. Thank goodness! And even in spite of the governor opposing it publicly, then turning right around and voting for it...
Here's why 26 is about WAY MORE than just abortion:
- Any miscarriage can be considered suspect.
- Contraceptive methods that may affect fertilized eggs would become outlawed. Methods like the IUD oral contraceptive pills, that can reduce the need for abortion.
- In vitro fertilization for people who wish to conceive would become outlawed.
- The entire state constitution, where it refers to "persons", would have to be amended to ensure that nothing crazy goes on the books, like providing social security numbers to embryos, or counting them in the census.
-Because I really don't want to be in a situation where a pregnant person can take the HOV lane while my dog and I sit on the highway like idiots.
The point is, even one of the most radically "pro-life" states didn't go for this. It's good to know that reason and common sense are alive (though not necessarily well) in this place. But it really goes to show that you don't accomplish anything by losing your mind, and the only person who gets respect for being loud is Samuel L. Jackson. 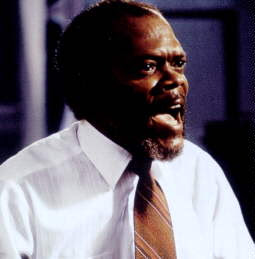 So let's keep this "personhood" stuff to a minimum, OK? It's been repeatedly shut down because cuckoo-bananas politics simply doesn't work. Get over it!
And to the freedom fighters out there, remember that Mississippi is far from being out of the woods (remember their one little abortion clinic in the entire state?!). Keep up the great work!
Posted by anti-anti at 9:00 AM

Email ThisBlogThis!Share to TwitterShare to FacebookShare to Pinterest
Labels: http://2.bp.blogspot.com/-mbD9fV2ZWwU/Trn-CIYKkeI/AAAAAAAAAOg/70Cca2H65Ls/s1600/carl-lee-hailey-samuel-l-jackson-in-a-time-to-kill-7.jpg