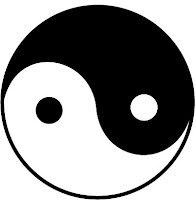 As a rule, I don't keep my status as an abortioneer a secret. I mean, my identity as an Abortioneer blogger is a secret, but as someone in the abortion field, I am out and proud. I've never had an abortion so I can't talk freely about that to erase the stigma, but I sure can talk about my job as a way to show that people who are pro-choice (or super-duper pro-choice) aren't the devil incarnate. The only times I can recall not disclosing my line of work were when the person I was talking to was wearing an "It's a child, not a choice T-shirt" (in that case, I ran away) or when I was at a party and starving and wanted to focus on my chips and dip rather than talk about the job where I'd been all day. I mean, I have my limits.

So, I've introduced myself to a group by saying, "I'm [Desembarazarme], I like to run, I paint in my spare time, and I work at an abortion clinic." I've told the woman in line at the grocery store, "I work at [abortion clinic name]. What do you do?" It's seamless and matter-of-act because that's how it is for me.

But during one of my standard introductions recently, I had the thought that my attitude might not be serving everyone. It occurred to me that the woman sitting next to me at the dinner party might be pro-choice, but she might be processing her own recent abortion. The older woman in the vintage NOW shirt might seem to me like an ally, but she might be an ally because her friend died in a pre-Roe abortion, and no matter how gleefully pro-choice I am, she might not need that reminder of abortion right here, right now. And even though I can be fairly certain that the college-aged super-liberal guy who's a barista at my neighborhood coffee shop isn't pregnant, that doesn't mean that his girlfriend isn't and that he isn't faced with a tough decision himself, and he's just at work in order to escape it for a minute.

My realizations made me worry that my very presence and my willingness to talk, talk, talk about abortion might backfire. They might make the wrong people consider the wrong things when I'm not meeting them where they are. In my haste to say, "Look at what pro-choice can be!", I forget what else pro-choice can be. It can be sad and personal and delicate. And I never want to serve as a reminder of that. I want to be a resource and shoulder to cry on and an empowering friend, but I don't want to be the face of what people deal with in their own time.

And I don't have answers to this unique situation I'm in. I want to be who I am, but not at the expense of those who are trying to be who they are in a more gray area. I've looked at life from both sides now.

Posted by Desembarazarme at 7:00 AM

Email ThisBlogThis!Share to TwitterShare to FacebookShare to Pinterest
Labels: being an abortioneer, coming out, desembarazarme, disclosure, I'm An Abortioneer, outing myself, stigma, talking to strangers