"With all that you have to deal with..."

"Can I ask you a question? With all that you have to deal with, why do you still do this?" 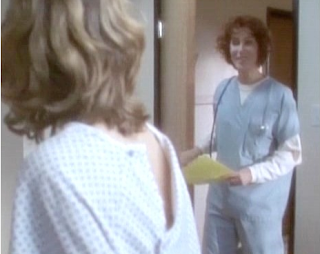 "Because I remember when it was illegal for women to make this decision. I don't want to see those days come again. And also when a woman comes to me and says that she doesn't know what she would've done without my help...I know I'm doing the right job."

Sounds totally cheesy, right? Like, 100% fresh-squeezed saintly shit, not from concentrate.  (Ack, I'm already mixing my metaphors.) No one ever says stuff like that outside of movies. Probably anyone watching "If These Walls Could Talk" at this point rolled their eyes at the pro-abortioneer bias of the movie, because doctors don't talk like that.

And the part right before that, where Dr. Cher finally gets through the crowd of protesters and into her office, and takes off her coat and then her bulletproof vest: another eyeroll. Who actually uses those? Get over yourselves, filmmakers -- amirite?


"There are all sorts of dangers [for] postal workers, firemen, police officers -- everything has a risk to it. I would prefer, personally, to have a challenging, stimulating and emotionally and spiritually rewarding career that is short rather than having a long one that is filled with ho-hum, mundane mediocrity -- feeling as if you don't make any difference to people."

Dr. Tiller said that. I often have these moments of sharply realizing, all over again, how much we lost when the antis murdered him last year. Many of my friends say that brilliant blue-sky days always remind them of hearing the news that day; isn't that shitty? And I feel that way about Memorial Day weekend in general: from now on it's a time to remember one veteran in particular.

After Barnett Slepian ― an abortion provider in suburban Buffalo, New York ― was murdered in 1998, police brought the Carharts bulletproof vests. They wore them until, as Carhart drily noted, "we realized that the antis usually shoot providers in the head."

And then they killed Dr. Tiller, who wore a vest to work but was shot in the face at church. So his friend Leroy Carhart was right. But that doesn't mean Dr. Carhart has stopped providing abortions. Even if sometimes he carpools to work with U.S. Marshals.

Dr. Hern hasn't stopped either, but his blinds are always drawn and he never sits with his back to a window in a public place and every morning he checks the clinic roof for snipers. And at my clinic the (far less famous) doctors call ahead to let us know they'll be standing outside the back door in two minutes, the nurses are circumspect when registering their home addresses with the state, we get rides to work in others' cars during high protest times.

A lot of older doctors and nurses started learning to provide abortions when they were either mostly or entirely illegal. I think they got murdered less then, because antis tend to get violent when they start losing their legal domination. But they sure had to deal with the police. Why would those providers have risked prison, and today's providers risk death, to offer a relatively low-paying service that universally lacked in prestige among their colleagues?

Almost to a one, the providers who talk about it cite reasons like this: 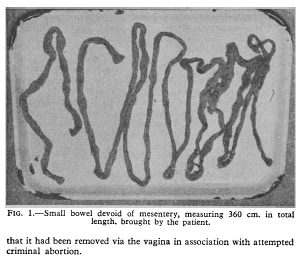 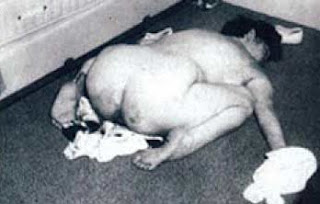 Gerri Santoro, dead in a hotel room at 29, leaving behind two daughters; she never made it to the emergency room, but doctors saw countless others like her, particularly in septic wards.


We talk and write a lot about how it isn't right or normal or reasonable or legitimate that we work behind bulletproof glass and incorporate security routines into our daily life in order to do something that is both legal and very much needed by a great number of people. It isn't normal. Take a minute to think about how not-normal it is! A lot of people seem to assume it naturally comes with the territory -- "occupational hazard," as one editorialist wrote about Dr. Tiller's death, right before comparing him to a mafioso -- and then on the other hand, others somehow seem so surprised to hear that it does.

Last night I told someone that I'd probably have assumed the Dr. Cher character was an absurd caricature of an impossible saint, if only I didn't know people who actually talk just like her and indeed wear bulletproof vests to work. And at the vest thing he said "Wait, really?" People say that a lot!

But they don't then say "that's ridiculous." They often say (always in the same voice), "Oh, wow..." and trail off meaningfully (I guess). And I don't need that. Like, thank you acquaintances, but: making it socially unacceptable for my life to be in danger would be SO much more helpful than voicing your admiration for my doing something that "must be so hard" as you put it. It isn't hard! It just is what I need to do. And it's wonderful, actually. I can be profoundly useful to others, learn a lot about medicine, learn a lot about people's hearts, spend time with great colleagues who share my values and, similarly, are just doing what they need to do.

As Sparky wrote yesterday, some providers are surly, some are sexist, some are looking out for the bottom line. But by and large, those are the people who probably find this work the hardest. To most of us -- whether doctors or counselors or administrators or whatever -- it's worth it, because and because and because. But that doesn't mean we wouldn't appreciate going to work free of firebombs and shotguns. Thanks for taking note.
Posted by placenta sandwich at 9:52 AM