The South Dakota 3 Day Waiting Period, and Other Reasons I Am Angry

That is bad enough, right? South Dakota is a big place. To put it in perspective, it is 210 miles wide, and 380 miles long. That’s a lot of space. There were two abortion providers in 2008.

So, it’s safe to assume women in South Dakota already have to do a fair amount traveling to get to an abortion provider.

Once she has made up her mind, driven to the clinic, been counseled by the clinic staff, met with the doctor, had her blood work, etc, she must then turn around and go back home and wait THREE DAYS. You know, just to make sure. If you have a job, need childcare arrangements, have transportation issues, an unsupportive partner, or whatever – good luck getting an abortion in South Dakota! You’ll need it.

BECAUSE, on top of all this crap, a woman seeking an abortion must all consult with a crisis pregnancy center (CPC) before she can get her abortion. CPCs are anti-abortion and basically lie to women and say whatever to convince visitors not to have an abortion. They’ll tell you that you’ll get breast cancer, that you’ll become infertile, that God will not forgive you, that you’ll spend an eternity burning in Hell – if you get this abortion. They’re just so filled with Christ’s love, right?

There is no real relevant comparison in the real world, because shit that this whacked doesn’t actually happen for any other medical procedure. Suppose you were 15, homeless, pregnant, and wanted to give birth. Before giving birth, you had to go to the doctor, consult with him, be counseled by the doctor's staff, have medical work done, then go home and wait three days before you could formally decide if you wanted to give birth. During those three days, you would also have to visit an Anti-Birth Center, wherein the staff would do anything in their power to convince you to not give birth. They could tell you lies, including that God would never love you again if you carried this pregnancy to term. That tons and tons of women die during childbirth. That women who carry pregnancies to term often go crazy afterwards and their breasts fall off. Then, after three days, you could drive X hundred of miles back to the doctor. Whom your state just tried to legalize the murder of.

It seems completely f*cked up and ridiculous to try to force someone who wants to give birth not to. I'm sure most of us would be completely appalled if our pregnant friends had to go sit in an abortion clinic before they could give birth. You know -- just to let them "cool off." After having all that sex, they ought to think about what they've done and reallllllly truly ponder if motherhood is for them.

JEEZ THAT SEEMS SO AWFUL, MR. BANANA GRABBER. Well, it is JUST as f*cked up to do this to a woman seeking abortion.

For many women, obtaining an abortion is the kind, sensitive thing to do. Most women who seek abortions are already mothers, young, and low income. I feel like a broken record on this, but sometimes when women already have children and cannot make ends meet having another child is not a reality for them! Or their partner is jerk and won't provide! There are 9.3 million different reasons and they are all valid and deserve the same amount of respect as a women who choose to carry their pregnancies to term. 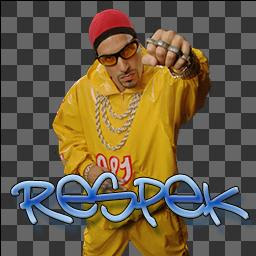