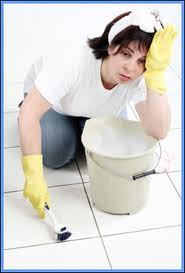 In case you don’t know me personally (which you don’t, right?), I have OCD. That means Obsessive Compulsive Disorder. And no, I do not have it in the sense that I use it casually or jokingly to describe my Type A personality or fear of germs or anal-retentive nature. I have a diagnosis from medical professionals that describes my symptoms/issues/behaviors as fulfilling DSM IV criteria for OCD. Ok, now that that’s out of the way….

When I first told my close friends and family that I was going to host strangers in my home during their abortions I could see the look of fear in their eyes. Some of them asked me things like, “Are you really sure you can handle that with all of your issues?” “Aren’t you afraid someone might make your apartment messy or move things around?”, and “What if someone steals from you?”. Those were all valid concerns from the people who know me best, and trust me, I was really frickin nervous that first time I hosted. Some people might worry that a woman will have abnormally severe cramping or start passing the pregnancy in their home, but my biggest fear was that my books or DVDs would be reordered. I worried about things like food spilled or muddy shoe tracks or stray fallen hairs. I knew I could handle all the emotional aspects and counseling that came with hosting a woman during her abortion, but it was the weird little stuff that freaked me out.

So far I have not faced anything I could not handle. The thing with OCD is that people who have it know all their fears and obsessions and compulsions are irrational. I am very cognizant of how my mind works and have gone through enough behavioral modification therapy at this point to talk myself out of my worst thoughts. The OCD issue is very similar to the non-vegan food one (which I wrote about here), meaning that at some point in my life I have to put others first, and if that means I am a bit uncomfortable, well I can suck it up. I don’t love having meat or dairy/eggs in my home, but I do it because I know it makes my guests happy. I also don’t love having strangers in my intimate space, but I can overcome that anxiety for the time they are with me.

And guess what? Someone did steal from me once. They stole a bath towel. I was upset that they had taken advantage of me, but was not really bothered by the actual towel loss. I really thought it over and realized they must have really needed a towel and at this point I am able to not be upset about it and I am still comfortable hosting without the constant fear of theft. This same person also ate lots of messy junk food on my pullout bed and got food and drink everywhere. It was a bit stressful for me that night but I never let on…and I just told myself I could do a major cleaning the next day and I did and the world did not end!

Ok, so I lost a towel. However, I should mention that many of the women I have hosted have gone out of their way to clean up after themselves or to insist that they put the pullout bed away and fold all the linens. I usually take women back to the clinic around 7am and the last thing I want them worrying about at that hour is making the bed (and I would remake it anyway after they left, right?).