Recently, there was a pretty alarming article in the news about crisis pregnancy centers and their advertising techniques. For eons now, CPCs have spread lies and misinformation, so this is not a new development by any means, but the tidbits I found in this piece really pissed me off.

A young woman in North Texas went to what she thought was an unbiased options counseling center, called the Arlington Crisis Pregnancy Center. Unfortunately, she was gravely mistaken.

She was shown a 20-minute video of "fetuses, complications and horrible things."
Then a counselor told her that 50 percent of women who have an abortion get breast cancer and 30 percent die within a year of the procedure.
She left with one final thought from her counselor. "God wouldn't forgive me if I murdered my baby.”

50% of women who have an abortion get breast cancer? Not according to the World Health Organization, the U.S. National Cancer Institute, the American Cancer Society, the American College of Obstetricians and Gynecologists, or the American Medical Association.

30% of women DIE within a year of the procedure? Talk about fear mongering! So, just to take a quick minute to think about this, if there were 45 million (legal) abortions from 1973 – 2005, I guess then 13.5 million died because of it. Or, more then everyone in the entire state of Illinois. 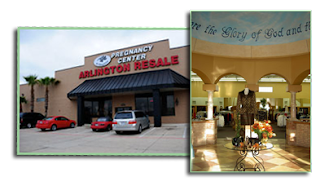 Glory To God On High, For He Knows Abortion Will Make You Die, Maybe Of Cancer

I am just baffled at the total shithead nature of CPCs. Why in God’s name (pun intended) would you lie to these women? Scare them? Terrify them?

This young woman, unsurprisingly, chose not to return to this terrible place for more medical work.

When Sarah didn't return for a sonogram, the counselor tried to contact her at home. But instead of talking to Sarah, the counselor talked to her boyfriend's mother, who was visiting.
"She was told I was pregnant and considering an abortion and that she needed to stop me in order to save me," Sarah said.

AGAIN. SERIOUSLY? The best part about this is that a real abortion clinic would NEVER do this. Further, if one did, that would be a HIPAA violation. However, since CPCs are not "real" clinics, and thus do not fall under the same rules and laws, they can pretty much do whatever they want. Seems fair, huh?


As for accusations that the centers are deceptive, Joe Young (vice president of operations for Heartbeat International) said they're truthful about the services they provide. When they advertise that they provide family planning, they do. It's just in a natural way, not involving pills or contraceptives, he said.

REALLY? The double standard around abortion services is really frustrating. Can you imagine if this happened in a different setting?

SIGN: CANCER CLINIC – WE OFFER CANCER TREATMENT
Hello! Welcome! We offer lots of cancer treatment services! ……Oh – you wanted traditional, medically accepted forms of treatment? Chemotherapy and the like? Oh no, sorry. We offer the natural method. Praying. By the way, if you get chemotherapy, you will rot in Hell and gnash your teeth for an eternity. And if you don’t return for your follow-up visit I am going to call your phone repeatedly and tell members of your family you have cancer.

I'm not sure what the best solution is here. How do we regulate places that make themselves appear to be medical facilities, but are not? There can't really be a law about lying. Certainly that is awful and disingenuous, but that is impossible to regulate. I think some sort of patient confidentiality needs to be put into place. It is unfair to try to convince women you are a medical facility and thus abide by those laws, when in actuality you do not and have no intention of respecting that woman's privacy.

Further, I think it is perfectly reasonable to require CPCs to have signs out front stating they do not provide abortion services or contraception, if they do not. Similarly, abortion clinics advertise on their signs they offer abortions. The fact that CPCs are against having to put this information out in front of their facility proves my point. They want to lie to women; create the illusion of being a real abortion clinic. If the fact they do NOT offer abortion is apparent, that stops women from coming in who have no interest in their services. AKA their target population. God forbid we stop putting women through unncessary stress and harrassment.