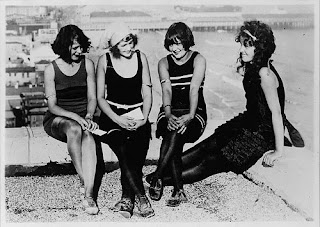 I have delivered a baby and performed a 9-week abortion. Although both procedures were very different, they were equally powerful.

In the delivery, it was the woman’s fourth baby. A girl this time, after three boys. She was thrilled and wept at the sound of her crying daughter. I cried a little bit as well. This pregnancy was so wanted and so desired. Plus, being the first person to touch a baby and deliver her/him into this world is incredible in itself.

In the 9-week abortion, it was the woman’s third pregnancy. This pregnancy was unplanned and unwanted. She had two children at home and was not financially ready to bring another child into the world at this time. Plus, she was with a new partner and was not ready to have a child with him. It was a hard decision, but in the end, the right one for her. During the procedure, she talked about her children and cried a little bit. When it was over, she looked so relieved and thanked me.

I have been so fortunate to have affected both of these women’s lives in unique and different ways. Both were such beautiful experiences that I will never forget.

Delivering a baby only reaffirmed to me that motherhood should be a choice. Women should not be forced into that position or punished by it. Motherhood is beautiful but it is hard and not always at the best time or with the right person.

Performing an abortion made me further appreciate that abortion is a hard, thoughtful and challenging decision. It is personal and sacred. And nobody should interfere with that decision. It also made me realize how easy it is to perform a first trimester abortion. The procedure itself was over in 7 minutes-and performed entirely by me-a medical student. And with over 90% of abortions in this category, it’s aggravating to think anti-choicers and politicians out there are putting so many blockades in front of women, almost forcing them into a second trimester procedure (more expensive and slightly riskier).

Thank you to all the abortioneers out there for continuing to fight for women’s choices. Having participated in both a birth and an abortion, my pro-choice beliefs have been reaffirmed.
Posted by vulva flower at 10:00 AM