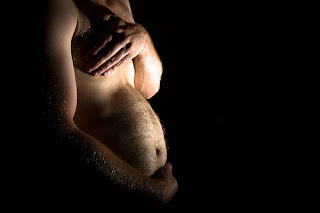 Not completely silent, of course. Our good ol' Commander in Chief responded to questions about the recent Rush Limbaugh debacle, but only after being prompted. Rick Santorum, to his credit, distanced himself from the remarks, but justified them with the fact that Limbaugh is an entertainer and can afford to be "absurd", whereas a politician cannot. (Which then begs the question: if Santorum were not running for office, might he say such things? Another loaded topic!)

In my own personal life, I've noticed sympathy from men and the odd Facebook mention of how lame this whole thing is, but not a whole lot of activity from well-wishing men who themselves would probably really like to prevent pregnancy. Which is odd, because at the end of the day, aren't men really more pro-no-babies than women anyway? Think about it! How many women have we heard from in clinics or on hotlines, who simply can't get the time of the day from their baby daddies? Don't you think these men, deadbeats though they may be, would make great advocates for increased access to contraception? Even if just to keep their pregnant partners off their backs?

I'll take what I can get!

I think men have historically been too weirded out about contraception and lady bits to even discuss them, let alone advocate for them. But we need them to! My own significant other's response to the Limbaugh incident was not outrage, but a mere scoffing. How to we get the men as angry as we are? How can we get them to practice what they secretly preach?

Male readers out there, I implore you to speak up! Petition your local congresspeople! Write to the GOP! Talk to your friends! Talk to your female partners! Vote pro-woman! We cannot continue to fight this fight on our own!