Appointment Reminders and the Abortion Playlist 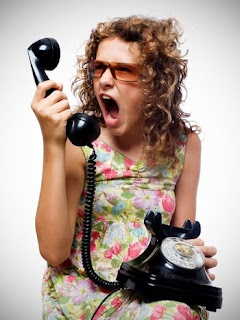 I hear a lot of ring back tones when I call people to remind them of their appointments. I’m convinced that the women out there are sending messages – via the type of songs their phones play – to the guys in their lives. Thing is, I don’t think a lot of guys would actually “get it” that this is what’s going on…that the girls are giving THEM a message, telling them how it is. The reason I’m convinced this is happening is because I hear the same songs over and over. Maybe those songs are just super popular. Or maybe there are a lot of girls super pissed off at the guys they’re having an abortion with. In my experience, the top songs I hear on the abortion client playlist are:

• Love the Way You Lie – Rhianna
• Hate That I Love You – Rhianna (or basically, anything Rhianna)
• Free Fall – Kelly Rowland
• Tell Me a Lie – Kelly Clarkson
• So What – Pink
• Through With You – Maroon 5

Songs I hope I hear one day: