Lessons on Assumptions, Altruism, and Abortion 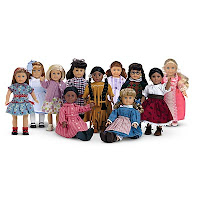 Without violating HIPAA, let me just tell you that I've interacted with several clients who are a little bit unlike me. Let's say that maybe they're sorority girls or Baptist ministers or aspiring rappers or women very much hooked on drugs. And without violating BIPAA (Blog Insurance Portability and Accountability Act, coined by me and referring to my wish to remain an anonymous blogger), let's say that I'm a casual, quirky, non-religious loner. (Also, not on drugs, for the record.) And I've counseled a handful of women who I could probably hang out with, but honestly, I've counseled more women who fall on the other end of the spectrum. I don't judge them when I see their Louboutins (I was going to say "when I see Greek letters," but it just occurred to me that I've rarely, if ever seen letters come through the door. Is there a code in sorority bylaws that states no Phi, no Omicron may pass through the doors of an abortion clinic? Let's look into this.), but I do subconsciously think, "Well, she's different than I am."

A few years ago, before my era of abortion 24/7 began, I would definitely think, "Not my friend." I would still be nice, but I would probably dwell on how snotty that one Greek girl was in college, or I'd silently judge the druggie based on what I'd read allll about in the news. I was still a feminist then, but my feminism was a little bit more narrow, including the ideas that porn is always bad and a feminist should look like me, or at least similar. But then I got more involved in the feminist movement and I learned about why sex workers' rights are a feminist issue, that feminism is for anyone, and so are abortion rights. I learned a lot of this from local activist groups and friends, but I learned more of it first hand from our clients.

I've talked feminist philosophy with escorts, I've bonded with debutants, I've listened to the dreams of a woman who wasn't a "drug addict," but a "woman addicted to drugs," I've learned about Christ and abortion from a preacher, and I've discussed Lil Wayne with a rapper-to-be, possibly even betraying my own stereotype of a white girl in Chuck Taylors who's into My Bloody Valentine. (I contain multitudes.) And these clients are some of my favorites because of what they've shown me, and also simply because of who they are. This isn't just tokenism where I thank them for being soooo brave and for showing me what it's like outside of the suburbs, but it's me thanking them for being who they are and for abortion as the great equalizer and for trusting me. And now, we will all sing "Kumbaya," if I can find a Lil Wayne remix.
Posted by Desembarazarme at 7:08 AM