The Least Balanced Among Them


Sparky wrote a post about the Rachel Maddow documentary "The Assassination of Dr. Tiller."

I watched it, and thought it was very good. I was expecting to get extremely emotional watching it, but I did not. Seeing Dr. Sella get choked up was very moving, the patient stories, obviously -- but for the most part, I kept it together way better than I was anticipating.

For me, the best point the documentary made was expressed by one of Dr. Tiller's staffers. Essentially, she was saying that anti leaders, like Troy Newman or Randall Terry, are culpable to some degree for the behavior of people like Scott Roeder. She said, and I am paraphrasing here, that they use language of violence, murder, and hatred to incite people. Then, when the least balanced among them acts out as a result of that, they stand back as if they are not accountable and had nothing to do with it. Not unlike how when a football player does something wrong to a player on the opposite team, and then afterwards, when a flag is thrown and he gets caught, he stands there with his hands up as if that somehow proves he didn't do it. 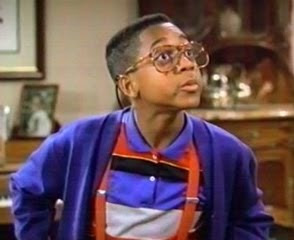 Did I do that?

The problem lies in where exactly the line of culpability starts and ends. Obviously, it's very complicated and difficult to ascertain. It is mostly shades of gray, and that is why they can get away with it.

I think, generally, the rhetoric of hatred that is so pervasive in this country seriously needs to subside. Hate breeds hate. I have no problem engaging with anti-choicers about the issue and talking about it. Note the word "talking." Talking implies two or more people are participating in a dialogue. I am more than happy to do that. If nothing else, it will help me understand where he or she is coming from better. I have a really hard time doing this, though, when the person is incredibly fired up, saying things that are blatant lies, and seem totally okay with the murder of my colleague. The least balanced among them - those who harass, shame, stalk, humiliate, murder - they are ruining it for everyone.

It would be nice if anti-choice folks were more willing to regulate the behavior of the extreme among them. Their leaders, Randall Terrycoughcough, seem more than happy to embrace their behavior.
Posted by Mr. Banana Grabber at 2:26 PM