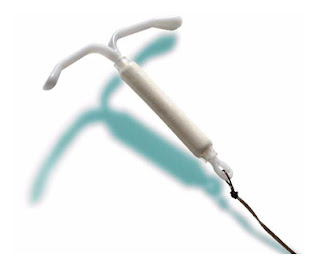 I have an IUD. I am pretty much in love with it. Over the years, I had heard all sorts of things about them, but the biggest thing was that IUDs were mainly for married women who were done having children. AKA, not me. It also seemed like kind of a pain (pun intended) to get it inserted, cost alot of money, etc etc etc.

Well, first off, pretty much anyone can get an IUD. You don't have to be married, or "done" having babies. It turns out, IUDs are recommended for post-having babies women because giving birth stretches out your uterus, which makes the IUD insertion generally less painful and less likely to be expelled. However, that doesn't mean you can't get one if you haven't given birth.

Since I was no longer happy using oral contraceptive pills, I decided to take the plunge and get a Mirena in June. The ENTIRE thing was covered by my insurance so I figured worst-case, if I hated it, I could get it removed after three months and then go back on the Pill. I was pleasantly surprised to find the insertion wasn't terribly uncomfortable. I had cramping and spotting afterwards for a few weeks on and off. Then it was over and everything has been going swimmingly since.

I bring this up not only because I think the IUD is an underutilized form of birth control, but also because post-abortion and post-partum IUD insertion is becoming a growing trend here in the US. Since the cervix is already dilated and you already have your feet in the stirrups, it's a pretty convenient time to get your birth control taken care of for the next couple years. In addition to the convenience, there is also evidence to suggest this is a particularly useful form of birth control for low-income populations because it lasts for so long and does not require a lot of maintenance (versus having to go to the pharmacy every month to pick up pills, pay for the pills every month, etc). Plus, getting an IUD inserted at the time of an abortion is helpful because it saves the woman an additional trip to the doctor.

A very low percentage of U.S. women in general use the IUD, and even smaller amount of low-income women use it. Studies have suggested about 1% of low-income young women use it as a method of birth control. Informed counseling, I think, can change this, and there are programs out there which offer IUDs for free/low-cost to qualifying patients. For clinic-working abortioneers out there, if your clinic doesn't offer IUD insertion, or have discounts for low income women, it might be worth checking your state laws, programs, etc... maybe something is out there.
Posted by Mr. Banana Grabber at 10:26 PM