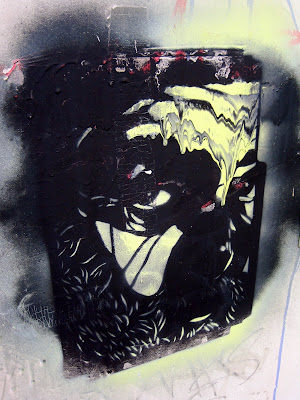 The sisters opened the clinic named after their dead mother three years after the Supreme Court acknowledged a woman’s right to privacy not her body. For the first two decades, patients kept thanking anyone who would listen for sparing their husbands and children, their cervixes and uteruses, for saving their lives. A bulletin board of flowery thank yous used to hang in the clinic entrance. The entrance was firebombed in 1993. The half-burnt bulletin board is propped behind the refrigerator in the staff kitchen. The last thank-you note was posted in 1988 when the eldest sister still doled-out stain glass hearts to each patient in the recovery room. The clinic was once tall sanctuaries and windows overlooking a river, and the body positive art in every corner was emulating. Beamed ceilings were enclosed with brick walls and curvaceous everything else. A patient who remembered her first abortion in a basement off an alleyway with cold, rough hands in the same stark and struggling neighborhood was enamored by the sense that she was not only safe, she is celebrated. Her uterus is a muscle. Her body is a temple. After the fire, the sisters moved, not because of the stench, but because the city built a baseball stadium in its place. Right field was once the abortion clinic where patients were grateful. The second abortion clinic was hard to buy. Landlords taunted by anti-abortion zealots cancelled paperwork. The sisters had to measure the widths between the walls, the distance to the nearest hospital—St. Mark’s. The sisters store the tissue in the basement, and the middle sister is the only one to integrate their clearance, to mop borderless square feet in the dark and not dream of babies floating down hallways without any light. The patients were living in-truth, and protestors were retired soldiers from extremist churches still hiding twenty-miles out of town in the cornfields. Even priests were feeling grateful for the retreat from networking with rogue ob-gynecologists on behalf of pregnant confessors with seven children and drunk husbands. The youngest sister used to stand outside the entrance and wave away depraved men in high-water khakis and yellow butterfly collared shirts with a rain stick. Sometimes the patient and the sister would hold each other and weep for a few moments once past the locked and taunted doors before they ever blew-up. Inside, the patients immediately felt home. The clinic is still in the same neighborhood, but it is a freestanding, neighbor-less building and there is a private parking lot. The parking lot is fenced like a fortress. The protestors have mellowed but insidiously expanded to pray their thing outside alleyways, in the pews every Sunday, on Capitol Hill. They are each about three steps away from the property, less than three steps away from snapping and murdering a doctor, one unintended pregnancy away from having an abortion. The abortion patient thinks the hatred must have a point, that lines in the eyes of the father have been crossed. The patient is pissed to be here. The youngest sister begins to smoke nonchalantly to guard the surgical entrance to the clinic as the clinic awaits the doctor. She watches anti-abortion rhetoric undulate into the enclosed lot to suck on patients’ eardrums before they enter the clinic. She watches protestors become patients. The middle sister wipes the body art with cleaning oils, arranges the screens between the beds in the recovery room to let the ch’i fill the room where everyone bleeds. She whispers wishes into dream catchers that hang over every padded lounge chair. Someday soon the gratitude will come home. The eldest sister champions spaying and neutering cats and dogs. She installed a kitty-course along the ceilings of her quaint, deteriorating mansion. She lets the evergreen bushes grow. No one leaves one-hundred-thousand earthworms on her doorstep for it.
Posted by daughter of wands at 3:14 PM