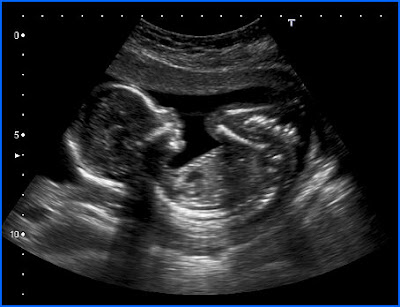 Are there ever times you feel a little – uncomfortable – with a woman’s reason for having an abortion? We’re not all Saints of Non-judgment, though some of us may strive to be. (Err…maybe some of us don’t…)

Last week, a recent immigrant from an Asian country (I won’t say which) came to our clinic for an abortion. I was the abortion counselor that day. She was in her second trimester and wanted to know if we could figure out the sex of the fetus. This isn’t a completely strange question, but I don’t get asked that often.

Because she was less than 18 weeks and because we don’t perform diagnostic ultrasounds, I explained we wouldn’t be able to identify the sex. I let her know that usually diagnostic ultrasounds to determine the sex are done between 18-22 weeks and that if she had a physician/midwife, she could schedule an ultrasound with them at that time (as it is standard practice).

She wasn’t willing to wait at least another month to have an abortion. You know the drill: she’d have to travel out of state; the cost would be much higher; she’d have to spend time away from home; someone would have to watch her small daughter while she left the area (and explain why she needed a babysitter); and her husband would have to get a lot of time off work.

We don’t ask patients why they want to have an abortion. Really, it’s none of our business. Still, lots of women offer their reasons when we ask if they’re sure of their decision, if they have support, etc.

The woman from last week calmly offered she didn’t want to have a girl.

Look, I’m about as pro-choice as they come. As long as it is a patient’s own decision to have an abortion, I’m cool with it regardless of the circumstances or gestation. I’ll admit though, it took me a slight second to register what the patient was telling me. My brain hitched.

I nodded at her and she explained herself, though she didn’t owe me any explanation at all.

In her country (like in many), girls do not have as many opportunities as boys and are considered a burden. She and her family plan to go back to their country soon and they wouldn’t be able to afford another girl (it costs a lot of money to have girls marry/dowries).

There’s been some national controversy about this (like, in May); even the pro-choicers didn’t want to really talk about sex selection abortion occurring. The reality is, though: it does. It’s not very common in our country, and I’ve never heard anyone – except someone who is from an Asian country – even mention it, at work. And I’ve been doing abortion work a long time.

The concept seems very foreign to us; but, is it really? Globally, there is underlying sexism that drives the devaluation of women. It happens here, too. Please, how many people have raised their hands saying women in this country don’t deserve to be paid equally to men? (Rolling eyes.)

It was a good reminder for me that we’re here to support women, in whatever it is they want, and trust that they know what they need for themselves, even if we may not understand it. We don’t need to understand. We just need to be there.