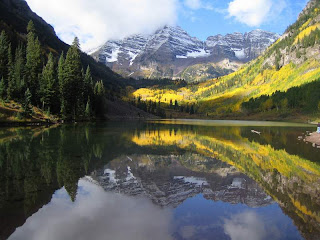 Great news for people who might get pregnant in Colorado -- Anti-abortion groups there say they have gotten enough signatures for a proposal to make abortion illegal in Colorado. They are hoping to get this measure onto the ballot this fall.

If you don't remember, back in 2008, Colorado put a personhood amendment onto the ballot, which defined personhood occuring at "the moment of fertilization," thereby criminalizing any and all abortions. This amendment was defeated by a large margin, with 73% voting against it.

You would think antis would get the hint after that, but apparently not. The new amendment defines personhood as "every human being from the beginning of the biological development of that human being." Um.... what? Is it just me, or did they swap out the word "fertilization" for more vague terminology? A human is a human when it starts developing biologically??? What does that even mean?? Video killed the radio star??? Things that make you go hmmm.

Hilariously, a volunteer going around gathering signatures said, "This was harder. I don't know why, but people were more callous this time and didn't want to listen." I wonder why they didn't want to listen?? Could it maybe be because YOU ALREADY DID THIS TWO YEARS AGO?? AND THE VAST MAJORITY SAID NO THANKS? AND NOW YOU ARE AT THEIR DOORSTEP AGAIN?

The VP of Colorado Right to Life, Leslie Hanks, said "It's time to let the babies reclaim their liberty." Um, well, the use of the term "baby" is a bit deceptive, since it makes it sound like people are rounding up 2 year olds and putting them in front of a firing squad, but also, I am wondering what about the woman who is carrying the pregnancy? What about her? Neither the 2008 or current amendment appear to have exceptions for rape, abuse, incest, or the woman's life. So... to honor the "babies" liberty, we will be taking away women's liberty and LIVES in the process. What about the woman whose husband is physically violent toward her and won't let her use birth control? What about the woman who is mentally disabled and pregnant (Yes, that happens)? I mean, I could go on for days here with these examples.

It just baffles me how groups can be so passionate about saving "babies" and then so flippant about the women involved. She is simply a vehicle for the pregnancy to get to term and her life/ plans/ goals/ dreams/ wishes/ etc are expendable. Once her baby is born, I hope it is not a girl who lives in Colorado and one day gets pregnant.
Posted by Mr. Banana Grabber at 6:23 PM