why can't all women just conform? 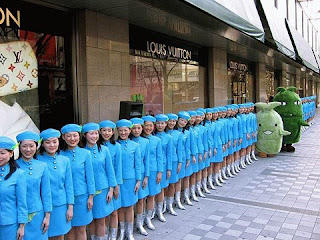 Sometimes I wonder if anti-abortion protest is really only about the fetus. That unknown being, that potential life, that is growing inside of a woman's body. There can be so much passion and conviction behind the anti-choice movement. There can also be a tremendous amount of hate, violence, and fear mongering. Is it all for the fetus? If the anti-choice movement fought as hard for infant and child rights as they do for fetal rights, I would have to say yes. But, unfortunately, that is not the case.

So this begs the question-why the passion to bring this infant into the world when they honestly don't care what happens after the pregnancy is over?

It is no surprise that those who protest abortion the most are intensely religious--following scripture that has traditionally viewed women as second class citizens with rights equal to a donkey's. They believe that women who are impregnated must continue that pregnancy, regardless of how they feel, what they want, and if the pregnancy is safe for their bodies. It is what they are created to do, what they are supposed to do, and anything against that is a sin. Laws are created to force women to conform or perhaps scare them into conforming. It is interesting to also address that the majority of anti-choicers are men--traditionally those that lead the procession of conforming women into activities that are against their choice. And those women who don't believe in a women's right to choose? They are the conformed, believing women should do as they are told and what there bodies were made to do.

I am thankful, however, that we have grown as a society and species to allow women to make their own choices...and this time, we won't be murdered for it (although clearly, that is not true of our providers). I am thankful for the men and women who may have their own beliefs with regard to abortion, but have chosen not to push, or attempt to conform, others. I am thankful for those that are religious, but view abortion as a divine right or a private decision. I am thankful for my fellow abortioneers who will continue to fight for the rights of all women.

We still have a ways to go before we can truly live our lives without fear of forced conformity by those who think a woman's body is theirs to own and dictate. However, if the anti-choice movement believes women will fall in line and conform to their beliefs and structure, they are very much mistaken.
Posted by vulva flower at 11:00 AM