THE TOP 5 MOST ASKED QUESTIONS ABOUT MY LINE OF WORK

1. So... how much does an abortion cost anyway? (Followed by look of nonchalance)

This is hands down the most common question when my line of work comes up. I mean, I guess I didn't really know how much an abortion was before I moved to Abortion Land, but I figured one would be at least a couple hundred dollars. I find that most people are utterly shocked to discover that most abortions are around $400.


Which leads me to the second most common question.

2. WHAT?! THAT IS SO MUCH MONEY! WHY IS IT SO MUCH? (Accompanied by wide eyed look of shock)

But really... I don't know why they are so much? It's not like a t-shirt at Urban Outfitters that is $50 and was made in China and you know probably cost 25 cents to make and is therefore a rip-off. Abortion is a medical service, and since it's not usually covered by insurance or whatever (whole 'nother rant), you gotta pay out of pocket. Getting a throat swab at the doctor for strep is like a $75 if you don't have insurance... it seems kind of a logical a surgery would be about that much? Right? Plus, abortion prices have increased at a much much lower rate than other medical procedures over the past forty or so years.

3. What's the latest you can get an abortion? (Coupled with look of curiosity)

When someone asks me this I sigh deeply on the inside. So many complicated issues built-in to answering this. When I say that it depends on state law, but probably 26 or 27 weeks, people are usually like "WAIT WHAT?! THAT IS LIKE 6 MONTHS PREGNANT WHAT THE HELL" and then I have to go into the age old Why Second Trimester Abortions are Deeply Misunderstood in America speech. It really bothers me how opinionated people can be on this issue and yet know nothing about it. When I explain that these later abortions are usually for fetal anomaly, the life of the mother, or some other really disturbing reason (rape, incest, etc) then people usually respond saying they didn't know that and that seems reasonable. At least that's what they say to me, they could be hiding their true thoughts since I ooze pro-choiceyness out of my pores. In fact, I only wear EAU DE CHOICE. Eau de Choice is a refreshing, zesty, and vibrant perfume with notes of apple peel, orange, sherbet and plum. 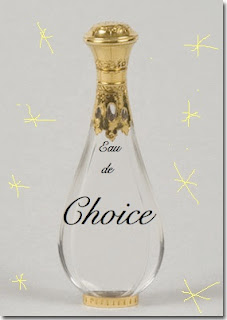 4. Wait... how many women get those really late ones? (Followed by a look of skepticism intermingled with suspicion)

It is estimated that "really late" abortions account for 1% of the abortion-getter population. So... hardly any. See handy Guttamacher chart:

I find it really strange/weird how many people think late term abortions are super super common and comprise like 40% of all abortions.

5. So.. can I have your number? (Followed with a wink)
BA DUM CHHHHHHHH

Drum sound brought to you by little Bobby