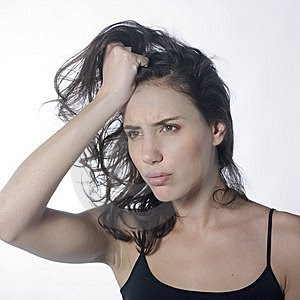 Sometimes, when my friends are introducing me to people, I am described as "the abortion girl." Or, if I meet someone, and then see them again at a bar a few weeks later, they remember me as "that abortion lady." That is the one fact a person can recall about me. Not my name, that we both love Hoegaarden, the fact we both love that episode of It's Always Sunny when Charlie and Dennis sing "Day Man," but that I am the Abortion Girl.
I am the Abortion Girl.
This is further complicated when I meet a new person I don't know at all. The go-to question in this situation is usually of the "What's your major" variety: "So... what do you do?" Talking about work is generally a very safe topic when meeting people, so it always, always, always comes up.
"Well... I uh..." and in my head the following script plays: Is this person liberal? Or, is this person Karl Rove disguised as a moderately attractive 27 year-old man in a t-shirt with the Five Alive logo?
Trying to crack the code based on where they work, or what their friends' political views are doesn't really even matter either, because abortion is a cross-political party issue. A Liberal can be "liberal," but not pro-choice. Republicans are mostly pro-life, but sometimes they are pro-choice. You can't tell. And obviously, the last thing I want to do on Saturday night is start up some huge ethical debate over abortion.
Usually, I just end up saying something pretty vague. "I work with low-income women." Sometimes, I say "I help low-income women get abortions." Interestingly, some of my friends actually pulled me aside and were like, "Hey you gotta tone that down, you know sometime you are gonna really piss someone off and they might hurt you." My initial reaction was "PSSHH If people wanna get in my face I ain't really carin'." But the more I thought about it, the more uncomfortable I became. What if I do unwittingly make some drunk dude totally enraged? I think the chances of that happening are relatively minor, but still. The fact is, I spend A LOT of time in Abortion Land and in my free time I like to take the train out of town, to places like Beer City and Funtimes, USA. Not places like Debate An Issue You Are Not Going To Change My Mind On City, or You Are Now Deeply Offended And Acting Weird Township.
And then, on top of all that, there is dating.
Dating the Abortion Girl. In my experience, it is pretty difficult trying to date generally, so when you throw an uber-controversial issue into the mix, it only complicates matters further. Could I go out on a date with a boy if I don't know his views on abortion? Sure! But what if he is really into the pro-life agenda and I find this out mid-date? That would kinda suck. Could I go out with a guy if he doesn't know what I do for living? I don't really feel comfortable doing that. My work, if you are pro-life, is probably going to really upset you or at least bother you on some level. And if you are pro-life, it is likely going to be a major issue if not a dealbreaker for me.*
Obviously, I consider the annoyance totally worth it, but it is a frustrating aspect of being an Abortioneer. Previously, I hated talking about work because my jobs in the past were really boring and pretty much stupid.** Now, I love talking about my job, but I never really know if it's "safe" to bring it up when it comes up in conversation. :-/
*DISCLAIMER: I would definitely date a pro-life guy that had really logical well thought out beliefs that made sense to me. I don't know if that guy exists, but I don't cross someone off my list based on that alone. Just sayin'.
**I used to edit test booklets for a state's department of ed. It. Was. Terrible.